Fort Lauderdale police reported that the white man who attacked the clerk was visibly drunk, and they gave him a “courtesy ride” to a friend’s house.

Body camera footage recently released by the Fort Lauderdale Police Department shows officers pushing a hotel employee who called them for help after a customer attacked him.

According to a video report from NBC News, the incident occurred in January at a Best Western Plus hotel in Fort Lauderdale, Florida, and the video of it has gone viral after being shared by civil rights attorney Benjamin Crump.

“Hotel employee Raymond Rachal tried to exercise his RIGHT to cancel a white hotel guest’s stay for spewing racial slurs at him, but Ft. Lauderdale (Fla) PD officers allowed the man to STAY & Rachal was attacked, arrested & charged for defending himself,” Crump wrote.

Hotel employee Raymond Rachal tried to exercise his RIGHT to cancel a white hotel guest’s stay for spewing racial slurs at him, but Ft. Lauderdale (Fla) PD officers allowed the man to STAY & Rachal was attacked, arrested & charged for defending himself! pic.twitter.com/jTThAa9e3X

However, the report also notes that Rabe — who is white and who instigated the altercation — was visibly drunk. He was charged with trespassing and given a “courtesy ride” to a friend’s house, NBC reported.

In the second confrontation, police video shows Rachal sitting at a desk when Rabe returns to the hotel after police have left and he charges toward Rachal. Rachal is heard saying that he has been attacked and had to defend himself. 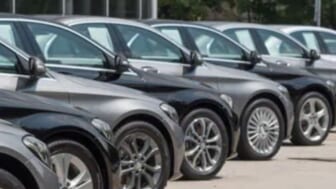 The NBC report features excerpts from the police report where Fort Lauderdale police return for the second time. In that footage, an officer is seen pushing Rachal then arresting him and charging him with disorderly conduct and resisting an officer with violence. The charges were eventually dropped by the State Attorney’s Office one month after the incident, according to WSVN News.

In the NBC report, excerpts from the police report said that the officers claim that Rachal put his hands on the officer’s upper torso and pushed him. That is not seen in the body cam footage.

This is the same Ft. Lauderdale that just last month, fired its 24 year Veteran police chief because 6 of 15 promotions he made were BIPOC officers, & thus “discriminatory” against white people.

“How is it that the clerk got arrested, but the subject in this whole thing gets to have a ride home?” Asked NBC independent law enforcement analyst, Cedric Alexander. “Those are legitimate questions.”

The department said it is conducting an internal investigation into the incident involving Rachal.