Senate Bill 258, the subject of a public hearing today, is modeled after the Native American Graves Protection and Repatriation Act.

A public hearing will take place today in New Hampshire to discuss bipartisan legislation that would preserve, protect and restore the neglected historic gravesites of African Americans in the Granite State.

According to a report from New Hampshire Public Radio, Senate Bill 258, which is modeled after the Native American Graves Protection and Repatriation Act, will provide for preservation work to be done on the graves of Blacks buried before slavery ended, maintaining the areas surrounding them and marking headstones.

“It returns the people that we have forgotten, that we erased, back to a sacred space and back to our memory,” said JerriAnne Boggis, executive director of the Black Heritage Trail of New Hampshire. “It returns the dignity of the human being. So many of our burial sites have been covered over in spaces where they’re destroyed, not treated with dignity. … It returns the humanity, the memory of that humanity, to people who were not treated well in life.”

Boggis’ organization works to promote appreciation and awareness of African American history in the state of New Hampshire.

The NHPR report adds that there are many notable African American people buried in the Granite State. One of those figures is Ona Judge, who was once enslaved by George and Martha Washington. Also known as Oney, the woman fled her enslavement and moved to New Hampshire, where she lived a free life before her death. 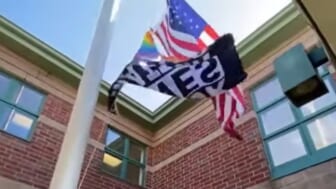 According to Mount Vernon history, Judge’s escape infuriated America’s first president. She was spotted in New Hampshire and offered to return to the Washingtons if they freed her after their deaths.

Washington reportedly told Joseph Whipple, customs collector in Portsmouth, New Hampshire, that “To enter into such a compromise with her, as she suggested to you, is totally inadmissible . . . for however well disposed I might be to a gradual abolition, or even to an entire emancipation of that description of People (if the latter was in itself practicable at this moment) it would neither be politic or just to reward unfaithfulness with a premature preference; and thereby discontent before hand the minds of all her fellow-servants who by their steady attachments are far more deserving than herself of favor.”

“[Ona Judge’s] story is one of those stories that is really important to America’s history, not just New Hampshire’s history, because it talks about the story of enslavement at our national level,” Boggis said. 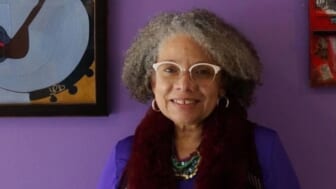 Judge’s grave is in a woodland area of Greenland, New Hampshire, now an unprotected site in snowmobiles’ paths; Senate Bill 258 could change that.

Boggis notes that by passing and funding the bill, the state of New Hampshire “says that we want to correct an error. We want to do the right thing.”

“I can imagine, the more we do this, the more we get rid of stereotypes around people,” she continued, “the more we face our history in a clear and honest way, the better we can become as communities.”