The on-call nurse who treated John Neville following his death in the custody of Forsyth County Jail is the only one facing an involuntary manslaughter charge.

After a Black man died of asphyxiation sustained at the hands of Forsyth County Jail officers in North Carolina, a grand jury voted to indict the hospital’s on-call nurse on involuntary manslaughter charges, but let five of the jail’s officers off scot-free.

As reported by The New York Times, the five expunged officers initially faced involuntary manslaughter charges following the death of John Neville, 56. He died on Dec. 4, 2019 at Wake Forest Baptist Medical Center, three days after being jailed for the charge of assaulting a woman.

Despite video footage showing Neville struggling to breathe while surrounded by officers reportedly attempting to take his handcuffs off, the jury only approved legal sanctions for Michelle Heughins, 46, the on-call nurse who tended to Neville.

According to NBC-affiliated WXII 12, Neville experienced medical complications while incarcerated on December 2, 2019, falling from his bunk and eventually being moved to an observation cell.

Per the outlet, Neville’s eventual cause of death was declared by the Medical Examiner’s autopsy to be complications from positional and compressional asphyxia experienced while being forcibly restrained. 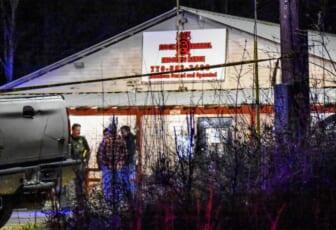 “As our family continues to watch our father’s violent death replayed before a national audience, we remain hopeful that some court will acknowledge the wrongdoing that led to this atrocity,” Neville’s family wrote to WXII 12 in a statement.

Adding their appreciation for district attorney Jim O’Neill’s efforts, the family added: “It is disheartening that the videos of our father gasping for air and begging for mercy while he was bound and suffocated do not seem to have gained any purchase with Forsyth County or Wellpath Care,” the private contractor Heughins worked for.

“It is shameful that another Black life has been extinguished at the hands of law enforcement and yet still, there is no accountability and no justice,” they continued. “We will continue to fight for what is right and just.”

Bobby Kimbrough, sheriff of the Forsyth County department said in a statement reported by WXII 12: “My heart and my prayers go out to all those affected by this incident, but especially to the Neville family for the loss of their father.”

“As it relates to the findings of the court and their determination, it would not be proper or ethical for me to comment as this is still a civil and criminal case up for litigation. Again, our prayers are still with the family and all those involved. May God give us peace and understanding,” he added. 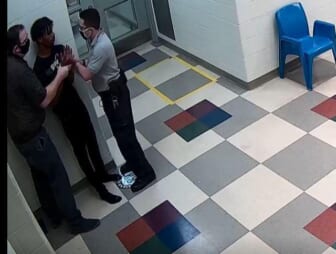 Heughins’ attorney, Claire Rauscher, said in a statement on Tuesday reported by The Times that the nurse “did not restrain [Neville] or hold him face down on a mat in a cell,” and that she “was not allowed to be in the cell as the other officers held him down.”

“She was not allowed to be in the cell as the other officers held him down,” Rauscher continued. “She asked the detention officers to open the door and let her in when she thought he was not breathing and immediately began performing CPR. She was the only person at the Forsyth County jail who worked to save his life. She will be fully vindicated at trial.”