Two girls were stabbed after a parade celebrating the state championship-winning season by Mount Vernon High School’s basketball team. One girl died and a 15-year-old suspect is now in custody.

According to WABC, police responded to the intersection of East Prospect and Gramatan Avenues just before 4 p.m. Friday. They found the two girls suffering from stab wounds. Kayla Green, 16, died in an ambulance on the way to the hospital.

“This is a tragedy and we mourn the loss of this young life that was taken far too early. Our thoughts are with the victims’ families and the entire Mount Vernon community,” Westchester County District Attorney Miriam Rocah told the local outlet. “My office is working closely with the Mount Vernon Police Department to support the victims’ families and investigate this case.” 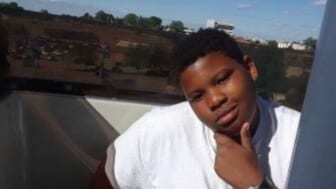 The teenage suspect who is not being identified due to their age faces manslaughter and attempted assault charges.

Green was celebrated at a memorial on Sunday where, according to News12, the JV cheerleading captain was described as “an energetic person.” One classmate, Amanda Outen, said Green was “nice to everyone” and “very caring.”

The other victim was reportedly Green’s best friend. Her mother Nicole Duncan told News 12 that her daughter “will never be the same.”

“This is Westchester County. This shouldn’t have happened here,” Duncan said.

Per Black Westchester, Rep. Jamaal Bowman wrote in a statement, “This is devastating and heartbreaking. I want to send my deepest condolences to the loved ones of the young girl who senselessly lost her life and the chance to realize her bright future Friday afternoon.

Her passing is unconscionable and should not have happened. It begs the question of how this could have been prevented. It is also troubling that this was done by another 15-year-old girl, who now lost her future. Two families and the entire community are grieving deeply.”

“The senseless violence must end immediately, and we must take every step to keep our young people safe and alive. How could this incident have been avoided?  What did we know beforehand? What more could have been done to prevent this? We must work together to put a systematic plan in place to prevent incidents like this from happening again. That is the work we are all charged to do,” the statement continued.

“As a father, educator, and former school principal, I know that many of our kids are hurting. Our community must rally to be violence interrupters.”

Mount Vernon school superintendent Kenneth Hamilton said that there has been an uptick in school violence and mental health issues. “What we want to do is come together as a community, ” said Hamilton. “Try to get our arms around what’s bothering our children so much that violence is so prevalent and their default.” 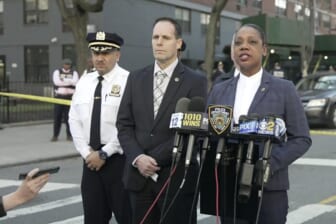 Also Read:
Police: Arrest made in slaying of girl walking on NYC street