The Oscar-winner will likely avoid jail time after pleading guilty to forcible touching, a misdemeanor.

Cuba Gooding Jr. has taken a plea deal in his sexual misconduct case. The Oscar-winning actor will plead guilty to one count of forcible touching, CNN reported.

The single count of forcible touching is a misdemeanor, and with the plea deal, Gooding Jr. will likely avoid jail time. He was originally arrested back in 2019, and charged with six misdemeanor counts that stemmed from three different incidents, all occurring in New York City. 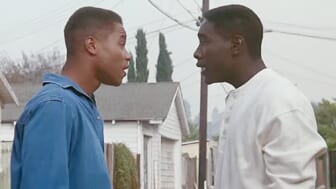 Also Read:
28 Days of Black Movies: I love ‘Boyz N the Hood’ with my whole heart, which is why I hate that it has one glaringly impossible plot device

A woman accused Gooding Jr. of touching her breast without consent at a rooftop bar. After being arrested for that accusation, an additional charge was added after a woman alleged that the actor kissed her without consent at the LAVO nightclub.

A third allegation was included when a female server at TAO Downtown accused the Boyz In The Hood star of pinching her buttocks without permission in 2018. Gooding Jr. was indicted by a grand jury in 2019, and a trial was scheduled for the following year.

In August 2020, at least 30 women came forward, claiming that Gooding Jr. had forcibly touched them as well, CNN reported.

Upon the original arrest, Gooding Jr. initially pleaded not guilty to all charges. In the plea deal, Gooding Jr. admitted to kissing the woman at LAVO without consent, as well as the two other incidents.

In 2019, Gooding Jr. began an alcohol and behavior modification treatment and will continue the treatment for six months as part of the deal, according to prosecutors. He also cannot have any new arrests during that period.

Failure to adhere to the terms may result in a year in jail. If he complies within the allotted time, Gooding Jr. can reportedly change the plea to second-degree harassment with a sentence for time served. 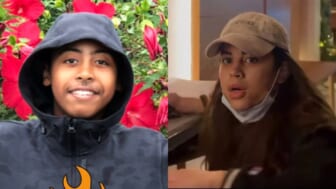 “Cuba Gooding Jr. entered into a re-pleader today whereby in six months his case will be disposed of with a violation, which is not a crime, resulting in no criminal record,” said Peter Toumbekis, Gooding Jr.’s attorney.