Bomani Jones is one of the most well-known and respected voices in sports journalism. As a writer, commentator, and host on various ESPN platforms, Jones became notable not just because of his knowledge of sports but due to his humor and unique perspective on how sports links with culture.

Those attributes led him to his latest endeavor, his own HBO late-night talk show, Game Theory. The show finds Jones in the host chair, waxing wry and insightfully poetic about sports stories from overlooked and undiscovered angles. 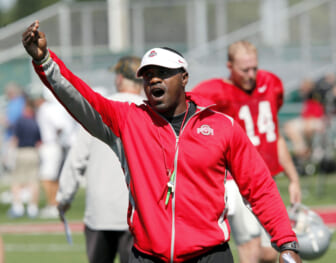 On the weekly program, Jones exposed unknown aspects of The Masters’ elitism, the Black community’s long documented hatred of Duke basketball, and ambivalence toward the come-up of HBCU sports.

Jones has always incorporated humor into his media platforms. Whether in his articles for ESPN.com, appearing on ESPN shows Highly Questionable and Around the Horn, or his ESPN podcast, The Right Time, Jones’ perspective on sports is valuable due to its singularity.

As the season one finale of Game Theory airs on Sunday, Jones spoke with theGrio about his new show.

“I think it’s important to remind people that this stuff ain’t necessarily that serious. One problem I have with sports coverage generally is not understanding what is it is not serious or what should or should not be treated as though it is serious,” Jones told theGrio. “And so the things that aren’t serious, I’m not going to act like they’re serious, even the things that are serious. You get a chuckle out of it every now and then.”

Game Theory features not only Jones’ satirical quips and a funny dash of cynicism but also intelligent and hilarious sketches that push the point of his news segments home for the audience. Jones says the show is just an extension of his approach to his previous projects.

“The approach that we’re taking on the show isn’t terribly different than the approach that I’ve taken with just about everything I’ve done, at every point,” Jones said. “I did not come up on the ground in sports journalism in that way. And so for me to come in, I had to figure out what it was that I offered that was valuable and also unique and how to make up for this lack of experience that I had. And what I realized could do that was just connecting this stuff to what was larger in the world.” 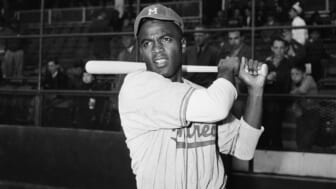 In one segment, Jones talks about Jackson State University’s football team and coach Deion Sanders. While the Hall of Famer is trying to bring more attention to HBCU sports, Jones pointed out that this way of thinking will make HBCUs no better than the big-name Division 1 schools that put money from athletics over money for academia.

“Let’s say that Jackson State becomes the best college football program in America. So what? Like, what’s that matter? I think a lot of people aren’t acknowledging is we’ve enjoyed HBCU football for a long time without the football actually being that good because that’s not really what it’s about.”

Jones, a graduate of Clark University, said that he would rather see money and resources go to current students and academic programs rather than in the pockets of coaches and athletic directors and efforts to recruit future football players.

“With the big schools, it’s going to be about the football [program] in large part because they don’t care about us as people. And so, I look at all these things and everything that people are talking about. You could do for HBCU sports, and to do this is really in line with getting players and getting money. And I’m like, you can provide this stuff for the kids that are there right now.”

On his show, Jones insists that the balance between seriousness and humor is up to the viewer at the end of the day. 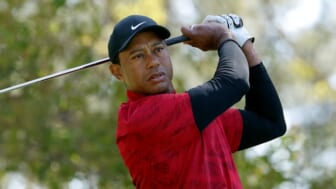 Also Read:
Tiger Woods’ participation in the Masters is a testament to modern medicine, doctor says

“I do think that where humor falls on the range of human emotion is important. And so if you find it and it’s there, something being funny doesn’t have to interfere with the seriousness of your larger point. I guess that’s the biggest thing that I’ve always picked up on.”