The DeKalb County School Board will consider a resolution “to modernize Druid Hills High School,” according to the meeting agenda.

The short documentary video opens with a high school student explaining how human waste flows up from the ground and floods an area where he and his friends eat lunch.

In the eight-minute video with background music and captions of key quotes, students at Druid Hills High School use iPhones to document the classrooms, hallways and bathrooms that are crumbling around them.

In several scenes, plaster is falling off walls, and water is dripping around electrical outlets in one area. Electrical repairs were also needed. So much water has leaked into the weight room that it oozes up from the floor when a student steps on it. Another student demonstrates how one of the holes in a ceiling is so large that he can put his entire hand through it.

“You can tell someone about the conditions but when you visually see it, it’s a lot more impactful,” sophomore Harley Martz, one of the students who produced the video, told The Associated Press in an interview. “Some of the things we pointed out in the video are very undeniable.”

“As you walk through the school now, you can smell the mold and it’s kind of really nasty,” Montrice Berry, a junior student at Druid Hills, says in the video. “So I tend to walk outside just so I can avoid the smell.”

Now, after the video came out, “every time I go walking the halls, people are like ‘I’m so proud of you for speaking up,’” Berry said in an interview. 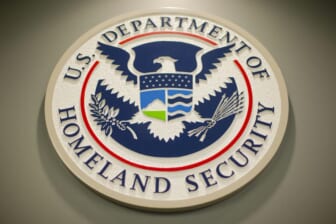 Also Read:
US will temporarily shield Cameroonians from deportation

The video, which has garnered more than 27,000 views so far since it was posted on YouTube this month, has prompted outrage among some parents in the suburban area just east of Atlanta who want repairs made. It was produced after the DeKalb County School Board in February removed Druid Hills from a list of schools in need of priority renovations.

The video won praise from other students.

“I walked into my first period and my fellow students were applauding,” Martz said.

It is the latest effort by students, parents and teachers across the nation to show people what conditions are like in their schools – and make their case that improvements are badly needed.

The same year in Louisiana, a video by residents exposed problems at Block High School in Jonesville, about 90 miles (about 145 kilometers) northwest of Baton Rouge. In Duvall County, Florida, the county produced a similar video in 2019 to persuade voters to approve a sales tax measure that would pay for repairs.

In Georgia, the DeKalb County School Board will consider a resolution “to modernize Druid Hills High School,” according to the meeting agenda. The school has been in operation since the 1920s and is among the oldest in Georgia, according to historical accounts from the school district. Film crews used it as the backdrop for several scenes in the 2000 film “Remember the Titans.”

The agenda for Monday’s meeting includes no specifics, so it’s unclear what the board will discuss or ultimately do.

The video showed “many areas of concern throughout the building that we have long known about and have been working to address in meaningful ways,” Superintendent Cheryl Watson-Harris said in an April 13 letter to community members the district also shared with the media.

“As always, we are grateful for the advocacy of these students for themselves and future generations of learners,” she wrote. 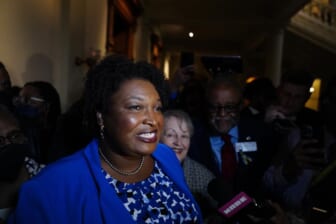 The school district and board “remain fully committed to ensuring that all scholars are in positive learning environments,” she wrote, adding that she expects the board’s next steps will be to “move forward with renovations at the school, including addressing immediate needs.”

But students are waiting to see concrete steps being taken to improve their school.

“So far I feel like they’re just talking,” Berry said. “I don’t really see a change so far. No one has really done anything.”