Researchers set out to find identities, unearth graves of convict laborers in Tennessee

The convict laborers, mostly Black, were forced to work for free in a post Civil War era

An archeologist is in the midst of a massive project designed to find the descendants of convicts who worked the mines in Tennessee.

Camille Westmont, the archeologist, and a team of researchers at The University of the South in Sewanee, Tennessee have been reviewing prison records to search for the convicts and find their graves.

“There are likely several hundred sets of human remains somewhere in these [South Cumberland State Park] hills,” Westmont told The American South. “We hope to find them.”

In the years after the Civil War, Tennessee had a system that allowed companies to use convicts as unpaid laborers. The Tennessee Coal and Iron Company in Tracy City participated. At least 5,000 prisoners, mostly Black, worked for no wages from 1871 to 1896. 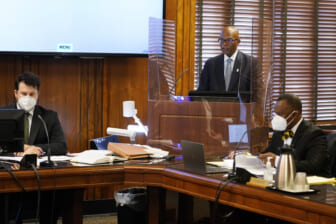 Prisoners worked and lived in terrible conditions, with 10% dying each year, according to records obtained by The American South. Those working in the mines pulled two and a half to four tons of coal daily, while railroad car workers loaded 13 tons a day. They lived in an overcrowded stockade and died from cholera and tuberculosis, among other diseases.

Returning from the mines, they slept in wet clothes. Guards beat them. Convicts tried to escape, but they were shot and killed if they were caught, according to the newspaper.

“It was just 25 years of misery,” Travis Turner, who researches the history of the site, told The American South. His father, William Ray Turner, was one of the few who spoke to free, paid miners who worked with prisoners.

The Tracy City effort is just one of many across the country forcing communities to come to grips with how they treated convicts in the decades following slavery.

Clemson University, in 2020, found more than 200 graves of convict laborers and enslaved people in a graveyard on its campus, according to Greenville News.

In Louisiana in 2013, officials discovered the lost grave of enslaved people on a site that was supposed to house a petrochemical plant. That project was halted, The Advocate reported. 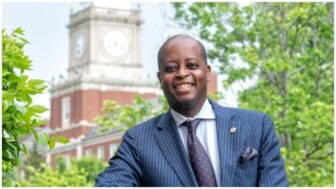 A group in Atlanta wants to block companies from buying land that company that used convict labor, the Chattahoochee Brick Company, according to WABE.

“It was a southern thing,” Matt Mancini, author of One Dies, Get Another: Convict Learning in the American South, told The American South. “They weren’t leasing convicts in Vermont. There was a panic on the part on the part of landowners that they wouldn’t be able to make their first crops in the early days after the Civil War.

“But what really kept it going was racial subordination,” he added.

Westmont wants to find the estimated 500 graves that contain the remains of convicts from all those years ago. She hopes the prison record review will also lead to their descendants.

Today, the former coal and iron company site has been transformed into a recreation area.