OPINION: Even the best kids can do boneheaded things. Thank God for grace and mercy. 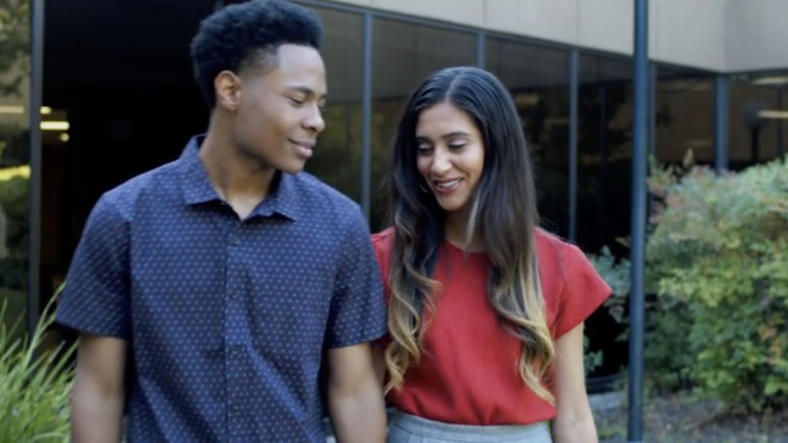 I remember this one particular day at Morehouse College when I was a freshman. I was in my biology lab, and an older classmate (I think, it was 20-plus years ago) came into our bio lab looking like he’d just seen a ghost. This chap told everybody, but nobody in particular, that he’d just found out that a chick he was seeing was pregnant. This compounded his life because a few weeks earlier his girlfriend found out that SHE was pregnant. Buddy came into our bio lab and laid burdens down by the riverside. I don’t know his name, and I’m not even sure if I’d recognize him if I saw him on a street right now, but I will never forget the face he made that day.

That was real life. Freshman Year reminded me of that terrible story.

Freshman Year, the 2019 faith-and-family film, is about two young, smart kids – CJ and Marcella – heading to college, meeting, facing trials and tribulations and going on a life journey together, kind of all before Christmas break. CJ’s goal is to focus on God, basketball and his education. Marcella is focusing on cheerleading and working her way through school with multiple jobs while trying to enjoy life and handle her academics.

CJ gets to college – a public institution in California – makes a few friends, dresses like he’s going to work and meets Marcella. His faith, which he wears on his sleeve, is a source of a few jokes from his roommate (who becomes his homie) and scorn from his social sciences professor, who clearly doesn’t believe in God. 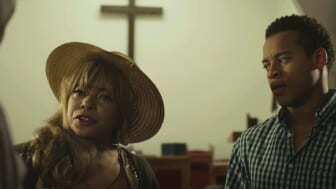 Also Read:
‘Pastor Shirley’ is a film whose spiritual cup runneth over with abundance…of foolywang

Marcella, who has the attention of a few folks, falls for CJ because he’s a nice guy, seemingly innocent,  a little naive, isn’t out to get in her pants and really cares about her. CJ, in fact, is so green to the whole dating and life bit that when he invites Marcella out on a study date he actually takes his laptop because he really views it as a study date. You can see Marcella melting right there in her seat.

CJ, despite clearly never having played basketball a day in his life, manages to not only join the college team as a walk-on and a freshman but also ends up as a starter. In a big game against some team (this conference apparently doesn’t allow any school’s name to appear on its jerseys) he hits the game winning 3-pointer, and to celebrate later that night, takes some shots with the other homies and ends up drunk.

Briefly, I have to point out something. I genuinely do not understand the timeline of this movie. When they get to college, the basketball season is basically underway, except in real life, basketball season isn’t typically until like November, but, whatevs. This time thing impacts the movie in sizable ways. More on this later.

Anyway, CJ gets drunk. Marcella takes care of him, and they end up having the sex. It’s interesting how it happens because CJ, who again is mad green, is about to take a shower and uses a player move of telling her she can join him. And she does. I didn’t see that coming. Apparently, neither of them did either because, like, two days later she’s having morning sickness, and they find out that they’re pregnant. Seriously, it all happens that quickly. Or maybe it all happens in September. It’s really unclear how much time is elapsing during the course of this. Either way, they’re preggers, and CJ does the extra player thing of asking her, “Who is the daddy?” Well played, CJ, you dolt.

Anwyay, they tell their parents, and CJ’s parents take it much better than I expected. His father is Nigerian and a pastor of a church, and somehow CJ lives to not only tell his tale, but his family is willing to put Marcella up and take care of all the bills. Marcella’s mother is sad but believes things happen for a reason. Marcella’s brother, though, he’s out for blood – at first. But CJ really is a nice guy, and his family really does come through. So, her brother comes around.

In what seems like a few weeks later since they’re STILL in school and it’s still basketball season, Marcella gives birth to their daughter, and somehow all of the families are good with this and supportive of their children. CJ’s pastor father preaches about grace and mercy and spends more time with his family, and Marcella’s brother and mother are all as present as can be.

It really is a story that makes you feel good about making bad choices. It’s also DEFINITELY not the norm for how this goes in most Black families. I can’t speak for Mexican families – Marcella is Mexican – but all this support upfront, eh. But it is good to see CJ and Marcella make it all allow their daughter, Faith, a shot at a good, healthy environment and life. Just never forget, CJ and Marcella got pregnant and had a whole actual human baby whose neck was working from day one in something like a 6-month span.

Freshman Year. What a ride.