In honor of 4/20, Birmingham mayor pardons those convicted on minor weed charges

It's the second time Mayor Randall Woodfin has taken such action as he continues to urge marijuana legalization in Alabama.

For cannabis connoisseurs, 4/20 is a holiday. It is also a day of recognizing that as some people enjoy indulging in the plant, others remain criminalized and stigmatized by the failing “war on drugs.”

In Alabama, Birmingham Mayor Randall Woodfin used the day to announce a new round of pardons for people convicted of marijuana possession in his city, according to The New York Times.

In a video shared to Twitter on Wednesday, Woodfin wore a bright yellow T-shirt with “Legalize Alabama” on it, and announced the pardons of anyone who had been convicted of misdemeanor marijuana possession charges in the last eight months of 2021.

The pardons mark the second time in his term that Woodfin has used his executive powers to, as he said, “give people a second chance.” Last year, more than 15,000 people were pardoned. 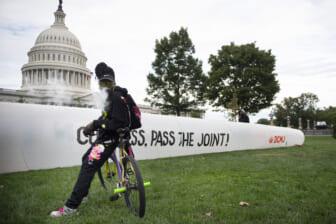 Also Read:
Advocates say legalizing cannabis would restore justice for Blacks, but can Washington get it done?

In his video, Woodfin pointed out that more than half the states in the nation have some form of legalization, covering medical marijuana in 39 states and recreational use in 18 states.

“We’re way past the tipping point on this issue,” he told the Times by phone on Wednesday.

Alabama and its Republican leadership, including Gov. Kay Ivey, remain opposed to the legalization of marijuana. Woodfin said he will continue to issue the pardons in his city until the law changes.

“This is not one of the ones I’m thumbing my nose at the state,” he said, noting that he wants to work with legislators to encourage them to legalize marijuana. 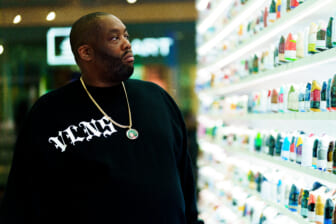 Woodfin is not alone in his fight. The Alabama Democratic Party announced its support for the legalization of marijuana last year.

“Nearly 100 years of marijuana prohibition and criminalization has trapped thousands of Alabamians, mostly Black, in our broken criminal justice system,” State Rep. Chris England said last year in a press release, according to AL.com. “Reforming policy surrounding cannabis not only serves our state in producing hundreds of millions of dollars in revenues, but is an important step in reducing arrests and expunging records. Nobody should be sitting in jail for carrying a little bit of weed,” England said.