What’s going on with Ben Simmons?

OPINION: The Brooklyn Nets guard hasn’t played a game since his meltdown last year as a member of the Philadelphia 76ers. His unwillingness to suit up for his new team in a must-win situation has everyone questioning his heart.

Deron Snyder   |
Ben Simmons of the Brooklyn Nets stands for the singing of the national anthem before Game Two of the Eastern Conference First Round NBA Playoffs at TD Garden on April 20, 2022 in Boston, Massachusetts. (Photo by Maddie Meyer/Getty Images)

We’ve come a long way from the days when being “a real man” meant any signs of weakness were forbidden.

Lessons were learned early. Skinned knees are painful for all children, yet little boys were told to suck it up while little girls got kisses on the boo-boo. Boys who were teased for crying became men incapable of expressing their feelings (besides anger). Being tough on the outside and hollow on the inside created chronic cases of toxic masculinity, a threat to women, children, and sensible men everywhere. 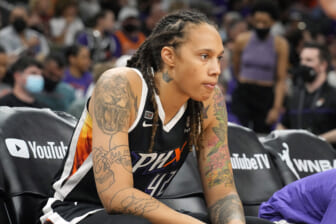 Thankfully, we’ve moved toward embracing and affirming men’s need for self-care and emotional support without calling them soft.

But we might be overcompensating in Ben Simmons’ case.

The Brooklyn Nets guard is trying our patience, tempting us to lose compassion for whatever’s going on in his head. ESPN reported that Simmons, a day ahead of his planned season debut, said his back was sore and he can’t play in Monday’s must-win playoff game against the Boston Celtics.

Who said his back only hurts because he lacks a spine?! That’s just wrong!

Simmons hasn’t played in the NBA since his meltdown last year as a member of the Philadelphia 76ers. He said mental health issues prevented him from playing with Philadelphia this season, and he was traded to Brooklyn on Feb. 10. “The mental health has nothing to do with just the trade,” Simmons told reporters at his Nets’ introductory news conference. It was just a bunch of things that I was dealing with as a person, in my personal life, that I don’t really want to go in depth with.”

I’m glad we’ve come to accept wellness as a legitimate concern and not just some new-age whim. Stars such as Simone Biles and Naomi Osaka helped shed light on athletes’ mental health, which mostly has been ignored or downplayed in men’s sports. A sign of progress on this front was Atlanta Falcons wide receiver Calvin Ridley, who stepped away to work on himself in November.

Simmons demonstrated he was in a fragile state as his Sixers’ career drew to a close. He was deathly afraid to shoot during crunch time in the Eastern Conference semifinals against the Atlanta Hawks. In that seven-game series, he took only THREE shots in the last quarter. Over the final four games, Simmons took ZERO fourth-quarter shots— including the infamous play where he passed up a wide-open dunk.

The fear of being fouled likely caused the apprehension, considering his horrendous free-throw shooting against the Hawks (34 percent). It’s OK to note the difference in approaches between Simmons and the Milwaukee Bucks’ Giannis Antetokounmpo, another poor free-throw shooter. Despite opposing fans mocking and clowning him at the line throughout the Finals last season, Antetokounmpo never stopped competing en route to hitting 17 of 19 free throws in the title-clinching game against Phoenix.

Mental toughness. Intestinal fortitude. Nerves of steel. Whatever the term, it’s fair to say Antetokounmpo exhibited more than Simmons. But that’s not a character judgment. Some of us are blessed with more than others, just like speed, strength, and brainpower. 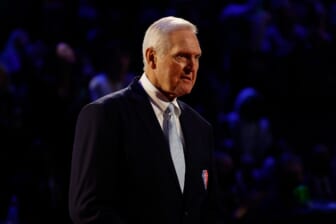 We also can’t judge folks who experience mental health challenges. But it’s hard not to wonder if Simmons’ unavailability is due to his back or his psyche. Any player making his season debut with a new team in an intense playoff atmosphere might waver. Someone with Simmons’ history especially might be too shook.

Otherwise, he should suit up and give it a go.

Show everyone and your teammates that you really want to play. Put on a uniform to express solidarity instead of sitting on the bench like a wannabe GQ model. Making an effort would go far, even if it becomes clear you’re incapable of competing at this level.

By continuing to stay in street clothes, Simmons jumped on a spit and was promptly roasted by broadcasters and former players. Shaquille O’Neal called it a punk move. Reggie Miller called it a lack of competitive fire. Stephen A. Smith said it’s pathetic. Jason Williams said he couldn’t look Simmons in the eye if they were teammates.

Simmons shouldn’t cause us to take mental health less seriously. That would be a shame.

But since he’s not blaming this decision on his mind, we have no choice but to question his heart.