In the second part of our special feature, the cannabis entrepreneurs explored the social stigma and impact of America's 'War on Drugs.'

In this three-part video series, we’ll discuss the women of Blounts & Moore’s decision to join the cannabis industry, the stigma of cannabis within the Black community, and the barriers they had to break through to get their first dispensary launched during the pandemic.

In the second installment of theGrio’s special video feature, the entrepreneurs talked about the social stigma and negative impact America’s failed “War on Drugs” has had on marginalized communities and how cannabis can offer financial opportunity. 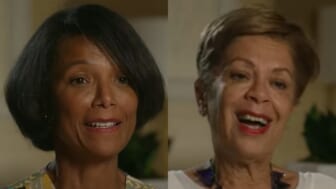 “There’s been so much money made out of our community with just incarcerating our people for using cannabis. And prisons are big, huge — it’s a big business,” explains Teri W. Roberts. ”And that money was made, you know, off of the backs of African-Americans that were incarcerated.”

A 2020 report from the ACLU agrees. In “A Tale of Two Countries: Racially Targeted Arrests in the Era of Marijuana Reform,” the organization reveals its findings on the disparities between Blacks and whites who are arrested for marijuana use. In fact, African Americans are more than three times as likely to be arrested for possession of marijuana.

“Being in this business is more than just economic justice; it’s about social justice also,” said Robyn Coles, a principal member of Blounts & Moore. “Our community has been affected by the justice system more than any other community.”

The women of Blounts & Moore say that they are determined to “give back to our communities,” and “create legacy wealth” with a dispensary that is rooted in social justice.

“Again, we’ve been stigmatized, this industry, for so many years, and so we want to make them come in into a warm environment, that it’s OK to come in. It’s OK to buy from us. It’s OK to utilize these products.”

The Blounts & Moore sisters are encouraged by the developments in the industry among African Americans, noting new enterprises from Jay-Z, and former NBA players like Al Harrington, and Chris Webber. However, there remains a dearth of Black women entering the green game.

“So my hope is,” Gwen Adolph concludes, “that other young women out there, like us, will look at us and say, ‘If they can do it, we can do it as well.’”