REVIEW: The revival of Ntozake Shange's choreopoem plays on Broadway’s Booth Theater for a limited run

The current production at The Booth Theater in New York City is a full-circle event. In 1976, the Broadway theater premiered for colored girls who have considered suicide/when the rainbow is enuf, the provocative work by late author/poet/playwright Ntozake Shange that told the stories of faceless Black women all over America.

Using the power of words and visceral choreography, for colored girls was conceived as a “choreopoem” rather than a play or musical. It galvanized a generation of women who finally felt heard for the first time. Its been performed in theaters around the world ever since. 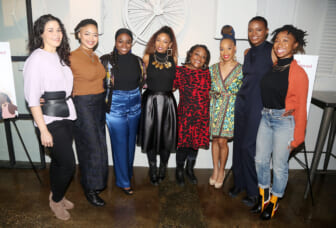 Its revival makes history thanks to director/choreographer Camille A. Brown. The Tony Award-nominee is the first Black woman to direct a Broadway show in 65 years and she did not take this task lightly.

Brown’s version of for colored girls is minimalistic — a stage, a projected backdrop, and the performers. It allows the focus to be on the movement and the monologues, which is the production’s biggest asset. for colored girls shines due to this simplicity.

Entering the stage solo, Tendayi Kuumba as Lady In Brown informs the audience that what they’re about to witness is a celebration of the perseverance of the Black woman: the unfiltered joy that comes from innocence, the unbridled fury and cynicism that happens when that innocence is compromised, and the power of unity through shared trauma and communal hope.

From African influence to HBCU stepping, Brown’s choreography is a forensic amalgamation of styles that show all forms of Black dance should be considered tribal in origin. As the audience watches, the Lady in Blue (Stacey Sargeant) and Lady in Yellow (Dance captain D. Woods) engage in a duet reminiscent of two friends jumping double-dutch outside.

The music, overseen by music director/conductor Deah Love Harriott, further broadens the reach of for colored girls. The Ladies react with emotion and movement to melodies and rhythms that go from slow, sun-drenched blues to the bouncy exuberance of 90s R&B.

The production gives each Lady a chance to shine both solo and in collaboration with each other. The ladies dressed in their vibrant hues accentuate the myriad of emotions and experiences that Black women embody.

Although there is much to rave about in for colored girls, the real treat is the climax when The Lady in Green (Alexis Sims) gives a powerhouse rendition of the show’s famous monologue, “Somebody Almost Walked Off Wid Alla My Stuff.” She delivers it not only vocally but through her body language, poignantly exemplifying the psychological rollercoaster of a toxic relationship.

Kenita R. Miller as the Lady in Red performs the show’s most heart-wrenching monologue, “a nite with Beau Willie Brown.” The tragic tale of death, bitterness, and betrayal is captivating not only because Miller performs it with such fervor, fury, and sadness, but because she’s visibly pregnant. 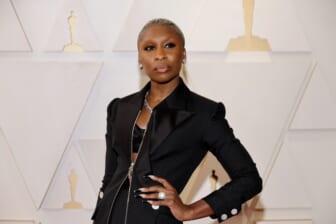 Miller’s mantra of “I found God in myself, and I love her fiercely” is the enduring takeaway of for colored girls. It’s not just a collection of stories of Black women done wrong by Black men in horrific ways, it’s a piece about self-affirmation, self-forgiveness, and being alright with not being alright. It’s the perfect conclusion for the audience to walk away with after such an inspiring show.

for colored girls who have considered suicide/when the rainbow is enuf will run for a limited engagement at New York’s Booth Theater through to Aug. 14.