A 63-year-old Florida man spent 32 years in prison for a crime he did not commit. He was released last year only to now be facing the possibility of being incarcerated once again.

Per The Washington Post, last month, “the 11th Circuit Court of Appeals ruled a federal district judge improperly overturned” the conviction of Crosley Green, and now he may go back to prison.

In 1990, a Brevard County jury convicted Green of killing 21-year-old Charles “Chip” Flynn Jr., despite the lack of physical evidence linking him to the 1989 crime. Green’s conviction was reversed by a federal court in 2018 because the prosecutor allegedly withheld information suggesting the victim’s ex-girlfriend may have been involved with the killing.

According to the report, Flynn’s ex-girlfriend told police that he was fatally shot during an armed robbery. She later identified Green as the gunman. Green has since maintained his innocence.

The U.S. Court of Appeals for the 11th Circuit has thrown out the lower court’s decision to vacate Green’s conviction. His legal team is now fighting to keep him free.

Per WESH 2 News, attorney Keith Harrison said, “this is a case of actual innocence.”

“The heart of this case is, what are the rules that the prosecution must follow,” said Harrison. “When there is evidence that points to innocence, they must share that evidence with defense counsel.” 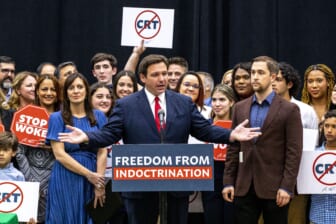 “He spent half his life in prison for something I don’t believe he did, and I hope the wrong can be righted,” said former Brevard County Patrol Sgt. Diane Clarke.

“A wrong has been done to me,” Green said during a Friday news conference at a Baptist church in Titusville, Fla. “With the grace of God, I hope it will be straightened. First and foremost, what has happened to me, could happen to you, you, you.”

The Florida attorney general is reportedly fighting against Green’s release.

“I hope I can remain free and continue moving forward with my kids, my grandkids, my sisters, my brothers, my work partners at the job I got,” said Green. “Thank you and God bless.” 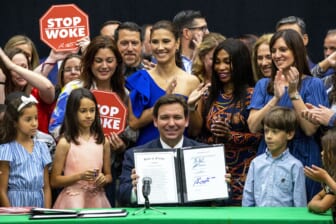 Former federal defense attorney David Haas said the failure by the prosecution to turn over all evidence in the case has opened the door for a potential new trial.

“The district court said that there were some notes and photographs that had not been turned over to his defense lawyer which is a violation of what’s called a Brady rule, meaning any information that could be exculpatory or lead to someone’s finding of not guilty or innocence is required to be turned over by the prosecution,” Haas said.

“There’s nothing I’m going to let stand in my way of moving forward and doing the right thing,” said Green. “I got family I want to be here for. The good Lord brought me this far; he’s going to continue to carry me.”