Aja Thomas said the incident occurred during the second half of Wednesday's match in which she played goalie for Brookwood High.

A teenager from Gwinnett County, an Atlanta suburb, said she was called the “N-word” during a lacrosse game on Wednesday night at a rival high school.

WSB-TV is reporting that Aja Thomas said the incident happened during the second half of the match in which she was playing goalie for Brookwood High School. She said she noticed a group of boys from Cherokee High School’s lacrosse team in the stands when the shouts began.

“I have been heckled before, but I’ve never been called slurs on the field,” Thomas said.

The teenager shared how upset she was by the incident, saying, “They said the N-word with the hard ‘r.’ I was angry, I was crying, I was going through every single emotion I could at the moment.”

The goalie’s coach, Dr. Dawn Thomas, is also her mother, said, “I talked with the coach, I talked to the principal, I talked to the ref, and told them that it was clearly unacceptable. The refs asked them to be escorted out of the stadium.” 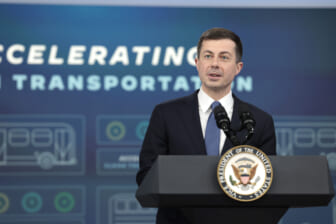 The elder Thomas noted that the Cherokee High principal seemed to interfere in the referees’ efforts to resolve the situation.

WSB-TV got a statement from principal Rodney Larrotta denying the allegations, reading in part: “Today, the administration at CHS spent several hours interviewing coaches, players, other spectators and students who were present at the game; none reported hearing any racial slurs. At this time, none of the allegations have been substantiated.”

However, another student substantiated the player’s claims and said that even if the boys did not use a racial slur, they should have been made to leave the stadium due to overaggressive heckling. 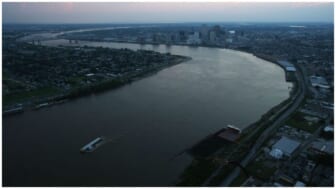 The younger Thomas agreed. “As administration,” she said, “when you don’t do anything, when you don’t punish people for actions that are wrong, you are not only letting them know — but everyone who looks like them — that they are above it all.”

Both schools say they are investigating the incident.

Brookwood High School Principal William Bo Ford Jr. released a statement in support of his student and lacrosse coach, writing, “We feel the environment was hostile and believe racial slurs were used during the second half of the competition. It is extremely disappointing that someone would use racist language to attack a group of student-athletes because of the color of their skin.”