Deon January's son, DeAndre Morrow, was only in the Amazon building struck by a tornado because he was called into work.

EDWARDSVILLE, Ill. (AP) — The mother of a man who was killed in December when a tornado slammed into an Amazon facility in Illinois said on Tuesday that her son was only in the building because he was called into work on his day off.

“It breaks my heart that DeAndre was scheduled to take his day off but was called from dispatch to work an extra shift,” said Deon January, the mother of DeAndre Morrow.

January, whose son was one of six people killed Dec. 10 when the tornado obliterated nearly half of the sprawling facility in the southwestern Illinois community of Edwardsville, appeared with attorney Ben Crump, who has filed a wrongful death lawsuit on her behalf.

“We believe (the tragedy) was completely preventable if Amazon lived up to its words,” said Crump, a prominent civil rights and personal injury attorney whose clients have included the families of George Floyd and, more recently, the family of Patrick Lyoya, who was fatally shot last month by a Grand Rapids, Michigan, police officer. “And those words were ‘We aim to be Earth’s safest place to work. We are committed to ensuring the safety and wellbeing of all Amazon employees every day.’ ” 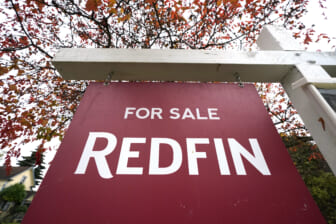 Crump and January were joined by several other people, including four people who survived the tornado at the facility, and said they now suffer from PTSD, according to a report by KSDK TV in St. Louis.

The press briefing comes after January’s lawsuit and at least two others have been filed. The lawsuits have alleged that Amazon required people to stay at work until moments before the tornado hit and that the employees who died were improperly directed to shelter in a rest room that the company knew or should have known was not safe.

“Because of Amazon’s apathy and greed, I had to do what no mother should. Bury my child,” January said. 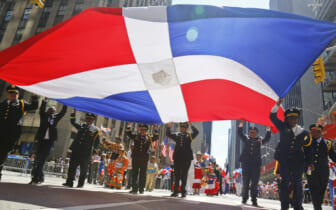 Also Read:
Report: About 6M adults identify as Afro Latino in the US

Amazon has defended its response to the Dec. 10 tornado, saying after one of the lawsuits that it believes acted properly.

And just last week, the federal Occupational Safety and Health Administration sent a “Hazard Alert Letter” to the Seattle-based e-commerce giant saying that it had met minimal federal safety guidelines for storm sheltering and would not face any fines or penalties.

OSHA did, however, say that a number of employees couldn’t recall ever participating in a severe weather drill or knew the location of the facility’s shelter and had little time to prepare for the tornado when it was bearing down on the facility.