Kanautica Zayre-Brown claims the North Carolina prison system's treatment of her has worsened her gender dysphoria and put her life at risk.

According to The Charlotte Observer, Kanautica Zayre-Brown filed a lawsuit — with the help of the American Civil Liberties Union — claiming the prison system’s treatment of her has worsened her gender dysphoria and put her life at risk.

The lawsuit names the N.C. Department of Public Safety, DPS Secretary Eddie Buffaloe, Prisons Commissioner Todd Ishee, and others, accusing them of violating federal and state laws and the Americans with Disabilities Act.

In a statement, the ACLU calls on U.S. District Judge Max Cogburn to provide Zayre-Brown “with necessary medical care and accommodations for her gender dysphoria, including the use of gender-consistent terminology, consistent hormone therapy maintenance, and gender-affirming surgery.”

Zayre-Brown’s ACLU attorney, Jaclyn Maffetore, says North Carolina has denied the prisoner’s care “simply because she is a transgender woman.”

“Mrs. Zayre-Brown has a serious medical condition that DPS’s own health care providers have recognized requires treatment including gender-affirming surgery,” Maffetore said in a statement accompanying the complaint. “DPS’s denial of treatment is not only discriminatory — it is inhumane. By refusing to treat her gender dysphoria, DPS subjects Mrs. Zayre-Brown to needless suffering and places her life at risk.”

The Observer reports that Zayre-Brown is serving a 10-year sentence on a 2017 habitual felon conviction. She was first assigned to a male prison, where she “was misgendered on a near-constant basis by both correctional and medical staff and other prisoners.” 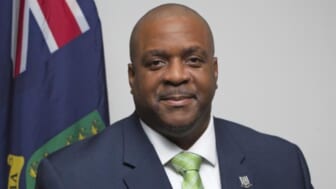 According to the lawsuit, “Being a transgender woman in a male facility exacerbated Mrs. Zayre-Brown’s gender dysphoria, caused her extreme mental and psychological distress, placed her at grave risk of physical … and sexual assault, and led to Mrs. Zayre-Brown being placed on suicide-watch.”

Two years later, she was transferred to a female facility, Anson Correctional Institution, after a public outcry.

Zayre-Brown is set to be released in November 2024.