Black women are opting for more births outside the hospital: report

Researchers note a 30% increase in Black mothers choosing to give birth outside the hospital amid the pandemic.

Black women are electing to have community births at higher rates than other demographic groups, a new rush that is being attributed in part to the COVID-19 pandemic.

The Partnership for Women & Families in a report released last month said community births increased as a whole between 2019 and 2020, but it noted higher rates of change among people of color.

Community births, which occur at home or in a community birthing center, increased by 24% among Hispanic mothers and 26% among Indigenous persons. As for Black mothers, community births surged by 30%, according to the report.

While interest in home births had been on the rise since 2004, the coronavirus pandemic triggered a new wave of births outside of the hospital, according to a recent report by the Centers for Disease Control and Prevention. 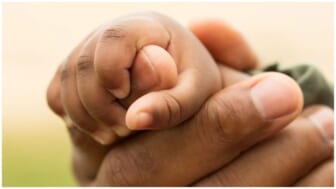 “With the increasing number of cases in the United States, concerns about contracting COVID-19 while in the hospital, limitations or bans on support people in the hospital, and the separation of infants from mothers suspected to have COVID-19, interest in giving birth at home increased,” the report said.

Community birthing options tend to be safer and less expensive in the U.S., the Partnership for Women & Families said.

“More people die from pregnancy and childbirth in the U.S. than any other industrialized nation. And that is just the tip of an enormous iceberg of the pain, trauma, and disability caused by near misses,” Sinsi Hernández-Cancio, vice president for health justice at the National Partnership for Women & Families, said in a statement. 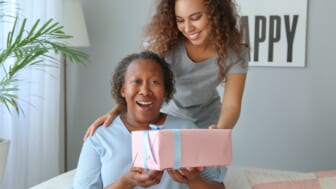 “Expanding access to a full range of birth settings is one way to help birthing people to have more and better options to be supported and stay safe.”

The nonprofit, citing a study by the International Journal of Environmental Research and Public Health, said more than $500 million could be saved in the U.S. each year by shifting a small percentage of hospital births to community or home births.

The Pew Charitable Trusts has noted that some Black women have been reluctant to have their babies in hospitals. Pew cited studies that show Black women may delay prenatal care to avoid instances of racism and discrimination.