Black-owned Exotic Pop sells a 20oz soda for $20, and people are buying it

Many people would think it absurd to pay $50 for a can of soda pop, but one Black businessman in Houston has found a market of those who would en route to building a multi-million dollar brand.

Exotic Pop, the Houston Chronicle reports, has tapped into the “culture of exclusivity” as it fetches a 12-ounce can of Dr. Pepper Fantastic Chocolate for that price and for $500 a box of Michael Jordan Space Jam Wheaties.

“Everybody wants something that nobody has,” Charleston Wilson, CEO and founder of Exotic Pop, told the Chronicle.

Exotic Pop offers hard-to-find drinks and snacks at big prices. The company website describes it as a beverage boutique that offers “rare, hard-to-find flavors of beverages and snacks that are sourced from all over the globe.” 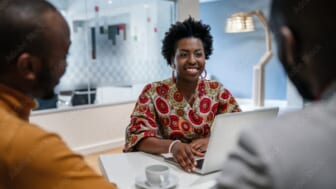 In 2016, the business started unassumingly enough. As a student at Louisiana State University, Wilson traveled between the Baton Rouge, Louisiana campus and home in Houston. A friend who owns a Houston barbershop had asked that he pick up sodas — Sprite Tropical and Barq’s French Vanilla Crème Soda, among others — from Louisiana that were not available in Texas, according to the Chronicle.

The drinks became a hit after the barbershop began selling them with Wilson serving as the middleman. However, demand later surged beyond manageable levels and the fledgling business relationship came to an end. It left Wilson with cases of product and without the paycheck spent on a pick-up, the outlet reported, leading him to advertise the extra product on Instagram in April 2016.

In the weeks after his initial post, Wilson began selling Exotic Pop-branded t-shirts and styrofoam, later setting up a vending machine selling ten flavors at a local grocery store, the Chronicle reported.

“When he put us on his Instagram, in reference to a couple of rap lyrics he had, referencing exotic sodas, it wasn’t until that point that people saw ‘Paul Wall is doing it, Paul Wall is embracing it,’ that’s when everybody jumped on the bandwagon,” Wilson told KBXX, a radio station in Houston. 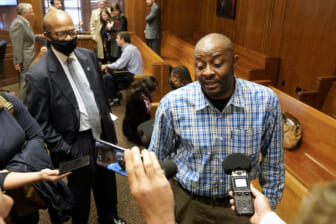 From there, Exotic Pop made customers out of rappers Travis Scott, Drake and Lil Wayne.

In 2019, Exotic Pop entered into an agreement with Pepsi to produce its own beverages with links to hip-hop artists, according to the outlet.

The Chronicle reported the company made a healthy profit of $6 million in 2021.

And Exotic Pop isn’t done. Wilson told the radio station he’s expanding the company’s line of products, including a CBD and alkaline product.