My kids discovered ‘I Believe I Can Fly’ via a random YouTube clip, and they keep singing it

OPINION: I just want y’all to know we trynna get them to stop. 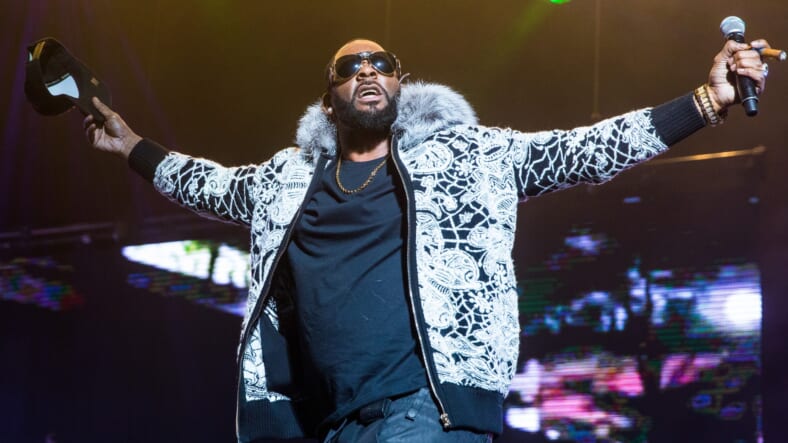 My kids have iPads, and obviously, we monitor the things they watch and the games they play. YouTube even created an app called YouTube Kids that filters out all of the videos you most likely don’t want your kids to watch without your knowledge. My kids spend an inordinate amount of time watching Ryan’s World (I spent an inordinate amount of time trying to figure out how to exploit my kids playing toys for millions—I’m joking.) and Ninja Kids and playing Roblox. 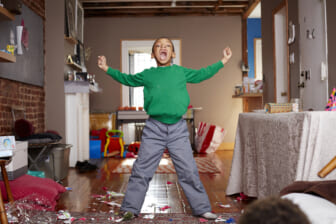 Also Read:
My boys shattered a Lego Adidas Superstar by playing soccer in my work area: A discourse on cherished breakables while parenting

But every now and then, as I’m driving and my kids are sitting in my vehicle’s third row, I’ll hear some song or some language that makes me immediately tell them to turn off their iPads, and then when I am able, I’ll check into what it is they’re looking at. Such was the case recently when I heard two tiny voices singing, “I believe I can fly…” from my backseat.

Now, R. Kelly gets no burn in my house. And as far as I know, not at their school either. They play a lot of songs in P.E., but it’s usually Kidz Bop, and I don’t even think Kidz Bop existed when “I Believe I Can Fly” was released in 1996 (fact check: it wasn’t; Kidz Bop was founded in 2001). So I was confused as to where in the world they might have heard this song that doesn’t get played at home or graduations or church or anywhere anymore, really.

I also noticed they only kept singing the same words over and over. I assumed (rightly) that they heard the song via their iPads, so I asked my older kid to show me where he saw it. He immediately pulled up a very odd and social media ironic TikTok clip posted on YouTube that he accessed through some video game app he had (I’m still confused by that; I deleted the app) that showed a dude falling in a terrible, injury-inducing fashion with an interpolated version of “I Believe I Can Fly” playing. Actually, just some dude singing an interpolated keyboard version of the words, “I believe I can fly….” That’s it. That’s the whole clip.

My kids love that clip.

This obviously created a conundrum of sorts for me. Obviously, they’re not listening to or looking at R. Kelly’s songs and clips. In fact, they have no idea who in the world he is or what he’s allegedly done and been accused of and, in some cases, convicted of. In fact, they don’t care about the song playing in the background; they loved the video of the man falling. It tickled them pink. But the song seeped into their subconscious, and now they walk around singing “I believe I can fly,” which would have some folks wondering if my household is out here listening to this song so much that my kids are out here singing it.

I realize this is stupid. And it’s a non-starter of a concern. But I’ve spent a good amount of time scrubbing the R from my purview, and now here my kids go giving off the impression that that’s not the case. It’s a family unit thing, ya know like Kevin Hart was talking about. I’m here trying to make the family look solid as an entity, and my kids— who love to do this, by the way—are running around screaming songs at the top of their lungs in public spaces, which leads to folks looking at me, hitting me with the in-person “smh.” I don’t want an in-person “smh” aimed at me, especially since I didn’t earn it. It ain’t even R. Kelly that my kids heard, ya know? 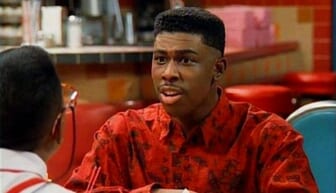 Also Read:
Is ‘Family Matters’ Waldo Geraldo Faldo the most interesting TV character of all time? A discussion

In a funny way, this illustrates a lot about parenting. You curate a life for your kids, and then one kid at school or YouTube clip undoes that whole thing, and then they take those shenanigans and run full boar with it. Obviously, in the grand scheme, this doesn’t matter. They will move on to new things that I will have to inquire about that are always innocent but adult-lenses ruin.

Just know if you hear my kids singing that song out in public, it wasn’t me. We only listen to gospel at home…