Prince, the superstar, "was very aware of fashion and looked at fashion and knew what he wanted, but was very open," designer Debbie McGuan said.

Black Fashion Week Minnesota is kicking off this week with a tribute to a fashion icon, Prince.

As reported by the Star-Tribune, BFWMN’s week of happenings will include “Design of the Times,” several special events at the artist’s studio home, Paisley Park, which is now a memorial to his life and legacy.

The event will feature a talk by Debbie McGuan, who worked for Prince as a designer from 1993 to 2007. She told the Minneapolis newspaper that working for Prince was like living in a world of constant creativity.

“He was very aware of fashion and looked at fashion and knew what he wanted, but was very open,” she said. “Sometimes he would like the inspiration of something but made in a different color. Or it was, ‘Use this vibe, but change it and maybe make the sleeves this way.'” 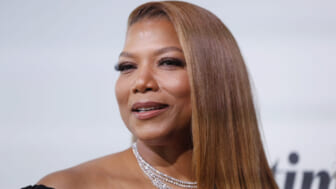 She said Prince had an in-house wardrobe department, which often helped bring her designs to life. She was responsible for some of his most iconic looks, including a white jumpsuit with a glyph sewn on the front when the legendary musician was known as the Artist Formerly Known as Prince.

“It was the best job. I gave it my all, and I just loved it,” McGuan said. “He just challenged you to be creative because that’s what he did with his fashion and music and thinking ahead of the times.”

In addition to McGuan’s talk Wednesday night at Paisley Park highlighting Black Fashion Week Minnesota, there will be a rooftop fashion show Saturday at the Minnesota African American Heritage Museum & Gallery, a Black Girl Magic fashion show on May 19 at the Foshay, and a Black Man Magic fashion show the next night at Mercedes Benz of St. Paul.