The filing shows co-founder Patrisse Cullors reimbursed the organization $73,523 for a charter flight for foundation-related travel.

NEW YORK (AP) — The foundation started by organizers of the Black Lives Matter movement is still worth tens of millions of dollars, after spending more than $37 million on grants, real estate, consultants, and other expenses, according to tax documents filed with the IRS.

In a new, 63-page Form 990 shared exclusively with The Associated Press, the Black Lives Matter Global Network Foundation Inc. reports that it invested $32 million in stocks from the $90 million it received as donations amid racial justice protests in 2020. That investment is expected to become an endowment to ensure the foundation’s work continues in the future, organizers say.

The tax filing shows that nearly $6 million was spent on a Los Angeles-area compound. The Studio City property, which includes a home with six bedrooms and bathrooms, a swimming pool, a soundstage and office space, was intended as a campus for a Black artists fellowship and is currently used for that purpose, the board member said.

This is the BLM foundation’s first public accounting of its finances since incorporating in 2017. As a fledgling nonprofit, it had been under the fiscal sponsorship of a well-established charity, and wasn’t required to publicly disclose its financials until it became an independent, 501(c)(3) nonprofit in December 2020.

The tax filing suggests the organization is still finding its footing: It currently has no executive director or in-house staff. Nonprofit experts tell the AP that the BLM foundation seems to be operating like a scrappy organization with far fewer resources, although some say Black-led charities face unfair scrutiny in an overwhelmingly white and wealthy philanthropic landscape.

Still, its governance structure makes it difficult to disprove allegations of impropriety, financial mismanagement and deviation from mission that have dogged the BLM foundation for years, one expert said.

“It comes across as an early startup nonprofit, without substantial governance structure in place, that got a huge windfall,” said Brian Mittendorf, a professor of accounting at Ohio State University who focuses on nonprofit organizations and their financial statements.

“People are going to be quick to assume that mismatch reflects intent,” he added. “Whether there’s anything improper here, that is another question. But whether they set themselves up for being criticized, I think that certainly is the case because they didn’t plug a bunch of those gaps.” 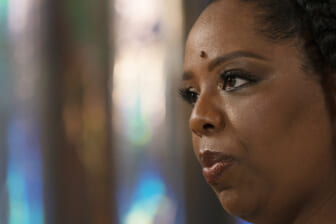 The BLM movement first emerged in 2013, after the acquittal of George Zimmerman, the neighborhood watch volunteer who killed 17-year-old Trayvon Martin in Florida. But it was the 2014 death of Michael Brown at the hands of police in Ferguson, Missouri, that made the slogan “Black lives matter” a rallying cry for progressives and a favorite target of derision for conservatives.

BLM co-founders Patrisse Cullors, Alicia Garza and Ayọ Tometi had pledged to build a decentralized organization governed by the consensus of BLM chapters. But just three years into existence, Cullors was the only movement founder involved in the organization.

And in 2020, a tidal wave of contributions in the aftermath of protests over George Floyd’s murder by Minneapolis police meant the BLM organization needed much more infrastructure.

When Cullors revealed the windfall of donations last year, local chapter organizers and families of police brutality victims reacted angrily. Until then, the foundation had not been transparent with the most devoted BLM organizers, many of whom accused Cullors of shutting them out of decisions about how financial resources would be allocated.

YahNé Ndgo, an activist and former organizer with the BLM chapter in Philadelphia, said Cullors reneged on a promise to hand over control of the foundation’s resources to grassroots organizers.

“When resources came in, when opportunities came in, (the foundation) alone would be the ones to decide who was going to take advantage of them, without having to take any consideration of the other organizers whose work was giving them the access to these resources and opportunities in the first place,” said Ndgo, who organized a group of chapters that confronted the foundation over issues of transparency and accountability.

In a recent interview with the AP, Cullors acknowledged the foundation was ill-prepared to handle the moment. The tax filing lists Cullors as an uncompensated founder and executive director. She resigned last year. The foundation also paid nearly $140,000 in severance to a former managing director who had been at odds with local BLM chapter organizers, prior to Cullors’s tenure as director.

The filing shows Cullors reimbursed the organization $73,523 for a charter flight for foundation-related travel, which the organization says she took in 2021 out of concern for COVID-19 and security threats. She also paid the foundation $390 over her uses of the Studio City property for two private events.

During the last fiscal year, Cullors was the foundation board’s sole voting director and held no board meetings, according to the filing. Although that is permissible under Delaware law, where the foundation is incorporated, that governance structure gives the appearance that Cullors alone decided who to hire and how to spend donations. That was never the truth, current board members said.

For all the questions raised about its oversight, the BLM foundation’s tax filing shows its stewards haven’t squandered donations. Instead, it granted tens of millions of dollars to BLM chapters, Black-led grassroots organizations and families of police brutality victims, whose names rallied the larger movement.

“This 990 reveals that (the BLM foundation) is the largest Black abolitionist nonprofit organization that has ever existed in the nation’s history. What we’re doing has never been done before,” said Shalomyah Bowers, who serves as the foundation’s board secretary.

“We needed to get dollars out to grassroots organizations doing the work of abolition, doing the work that would shift the moral tide of this world towards one that does not have or believe in police, prisons, jails or violence,” he said.

Earlier this month, the foundation announced Bowers as one of three members of its board of directors. He serves with board chair Cicley Gay, a communications professional with more than 20 years of experience in nonprofit and philanthropic organizations, and D’Zhane Parker, a member of BLM’s Los Angeles chapter whose work focuses on the impact of mass incarceration on families.

“We are decolonizing philanthropy,” Gay said. “We, as a board, are charged with disrupting traditional standards of what grant making in philanthropy looks like. It means investing in Black communities, trusting them with their dollars.” 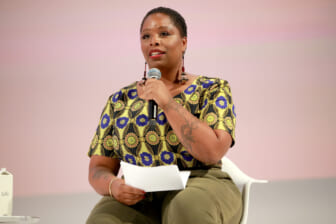 The foundation will launch a “transparency and accountability center” on its website to make its financial documents available for public inspection, Bowers said.

To get here, the foundation has relied on a small grouping of consultants, some of whom have close ties to founders and other BLM organizers. For example, the tax filing shows the foundation paid nearly $970,000 to Trap Heals LLC, a company founded by Damon Turner, who fathered a child with Cullors. The company was hired to produce live events and provide other creative services, Bowers said.

The foundation paid more than $840,000 to Cullors Protection LLC, a security firm run by Paul Cullors, Patrisse’s brother, according to the tax filing. Because the BLM movement is known for vehemently protesting law enforcement organizations, the foundation felt its protection could not be entrusted to former police professionals who typically run security firms, said Bowers, adding the foundation sought bids for other security contractors.

Bowers, who has previously served as deputy executive director, is founder and president of a firm that received the lion’s share of money spent on consultants in the last fiscal year. Bowers Consulting provided much of the foundation’s operational support, including staffing, fundraising and other key services and was paid more than $2.1 million, according to the tax filing.

The foundation’s reliance on consultants is not unusual for newer nonprofits, said Mittendorf, the Ohio State accounting professor. But having clear policies around business transactions could reduce any appearance of impropriety, he said.

The tax filing indicates the foundation has a conflict-of-interest policy. And Bowers said the last BLM board approved the contract with his firm when he was not a board member.

“Our firm stepped in when Black Lives Matter had no structure and no staff,” he said. “We filled the gap, when nothing else existed. But let me be crystal clear, there was no conflict of interest.”

Controversy surrounding the organization’s finances has elicited probes by at least two state attorneys general. Board members said they are cooperating with civil investigations in Indiana and Ohio, and they have turned over relevant documents to those authorities.

Isabelle Leighton, interim executive director of the Donors of Color Network, an organization that promotes racial equity in philanthropy, said discrimination in the nonprofit sector leaves little room for Black-led progressive movement organizations to publicly make mistakes. Such organizations are typically receiving much less financial and operational support than wealthy, white-led nonprofits, but receive much more criticism, she said.

“It’s tapping into a deep narrative that people of color do not deserve to have the same resources that those who have already made it get,” Leighton said. “It’s intended for people to start to doubt and create their own new echo chamber of criticizing who deserves to receive resources.”

The foundation’s tax filing rebuts claims that the BLM foundation ignored the larger movement. Nearly $26 million, or 70% of its expenses, were grants to organizations and families in the last fiscal year.

Twelve BLM chapters, including those in Boulder, Colorado; Boston; Washington, D.C.; Detroit; Los Angeles; Gary, Indiana; and Philadelphia, received pledges for grants of up to $500,000. The family foundations created in honor of Floyd and others killed by police and vigilantes — Trayvon Martin and Oscar Grant — each received contributions of $200,000.

Jacari Harris, executive director of the George Floyd Memorial Foundation, said in a statement the organization was “incredibly grateful” for the grant, “the largest one-time contribution we have received to date within the U.S.” Harris said the funds will help provide college scholarships, mental health support to the Black community and educate “about the dangers of police brutality around the world.”

The Michael O.D. Brown: We Love Our Sons & Daughters Foundation, run by Michael Brown Jr.’s mother, Lezley McSpadden, was approved for a larger multi-year grant of $1.4 million. A representative of the Brown foundation told the AP that an initial $500,000 had been received in 2021.

McSpadden is happy to have the BLM foundation’s support, the representative said.

Among its larger grants are $2.3 million to the Living Through Giving Foundation, a nonprofit charity platform that encourages giving at the local level; and $1.5 million to Team Blackbird, LLC, a rapid response communications and movement strategy project that increases the visibility of movement organizations.

The tax filing does not reveal the foundation’s largest donors.

“Transparency and accountability is so important to us, but so is trust,” said Gay, the BLM foundation chair. “Presenting (donor) names after the fact, at this point, would likely be a betrayal of that trust.”