The College of Charleston freshman became the first Black golfer to win the CAA championship, leading his team to victory at last month's tournament.

Kieron van Wyk, a freshman at the College of Charleston, made history last month when he led its men’s golf team to victory at the 2022 Colonial Athletic Association Championship tournament. His performance also marked the first time a Black golfer won the CAA individual title, as reported by The Post and Courier.

The Ruimsig, South Africa native studying business management has been a dominant force in the sport since attending Curro Aurora High School in Johannesburg, but his love of golf began as early as age 4. That was the first time he picked up a golf club and watched instructional videos with his father. By the time he got to high school, van Wyk’s skills helped his team win a national championship.

“Since we don’t have apartheid and the segregation system anymore, there are opportunities for Black people in South Africa related to golf,” said van Wyk. “Getting on golf courses is no problem, and people are very inviting. I would say Golf RSA [the ruling body for golf in South Africa] has done a good job in putting in place development systems for non-White golfers in South Africa, and I’m a product of that.” 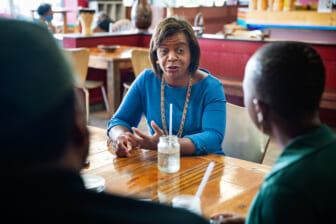 “I drew inspiration from Ernie Els as a South African golfer,” van Wyk said. “He had major success across the globe and on the biggest stages. When I met him, we had a bit of a chat, and he motivated me and told me I could and should keep pursuing my dreams.”

His admiration for Els and Woods has fueled his desire to pursue a career in professional golf.

“When I was about 7 years old, my dad switched on the TV and told me, ‘Here’s a guy I want you to look at,’” van Wyk said. “That’s how my love for Tiger started, and he’s my all-time golf hero. I would watch many tapes and clips of Tiger winning the Masters in 1997 or other tournaments.” 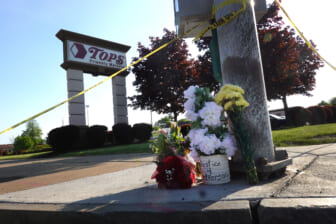 Also Read:
Buffalo Mass Shooting: How do we end the epidemic of hate-driven murders?

Van Wyk was unaware he made history at the recent CAA tournament until after the event. Per The Post and Courier, he fired “a 13-under-par score for three rounds to lead the Cougars to the CAA team title.”

“At first I didn’t really realize that I’d accomplished that,” he admitted. “But it’s been an honor to represent Blacks as the first champion golfer in the league. I’m honored to hold that to my name, and I just hope I can keep inspiring young Black golfers in America and in South Africa, to see what we’ve come from and how far we can go.”