After an 11th-grade Black student in Boston, Massachusetts suffered a stroke in class, a supervising health official argued with his mother over the phone rather than dialing 911, leading to a 45-minute interval between the stroke and the arrival of emergency services.

D’Andre Hicks, a junior at Dr. William W. Henderson Inclusion School in the predominantly Black neighborhood of Dorchester, told the school’s nurse on May 4 that he was experiencing symptoms including dizziness and bodily shaking, Newsweek reported.

Alishia Hicks, D’Andre’s mother, told the outlet that she received a phone call from the nurse asking if she was going to come pick up D’Andre, who has autism, after he reported that “he felt dizzy, he was shaking and numb on the left side.”

Per the Centers for Disease Control and Prevention, “sudden numbness or weakness in the face, arm, or leg, especially on one side of the body,” as well as “dizziness” are among the warning signs of a stroke, the outlet reported. 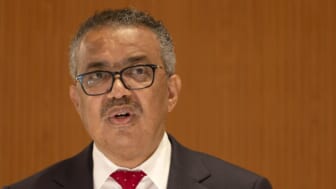 Also Read:
WHO chief: The COVID pandemic is ‘most certainly not over’ 

Alishia, who uses a wheelchair after having experienced three strokes in the past decade, told the nurse that a likely explanation for the symptoms was a stroke, something that reportedly runs in the family.

“He looks okay to me. Are you going to come pick him up?” replied the nurse, per Newsweek.

Alishia recalled telling the nurse she couldn’t drive herself there due to her condition, emphasizing: “Please dial 911, he could be stroking,” to which she alleges the nurse maintained her doubt about the seriousness of the health concern and disputed the need to call 911 in response, reports say.

Hanging up the phone after minutes more of argument, Alishia reportedly called the front desk at the school, after which a staff member put her in touch with the state’s Department of Children and Families (DCF), according to the outlet.

45 minutes or more after D’Andre initially reported the symptoms, 911 dispatchers transported him to Tufts Medical Center, “where doctors confirmed that he suffered an ischemic stroke and removed the blood clot from his brain,” the outlet reported.

Boston Public Schools did not immediately respond to Newsweek‘s request for comment. 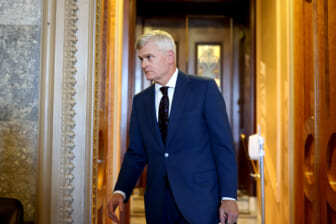 Alishia suspects that the nurse’s dismissive response was because of bias against his skin color.

“I hate to say it was a racial thing, but it really seems as though if my son was a different race they would have treated him right away,” she told Newsweek. “My son said he felt like they didn’t take him seriously.”