Every school, it seems, has a moment that crystallizes the crisis facing America’s youth and the pressure it is putting on educators.

For one middle school counselor in rural California, it came this year after a suicide prevention seminar, when 200 students emerged saying they needed help. Many were sixth graders.

Another school counselor in Massachusetts tells of a high school student who spent two weeks in a hospital emergency room before he could get an inpatient bed in a psychiatric unit.

For many schools, last weekend’s shooting rampage in Buffalo, carried out by an 18-year-old who had been flagged for making a threatening comment at his high school last year, prompted staff discussions on how they might respond differently. 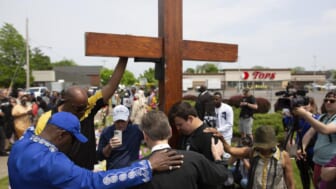 Robert Bardwell, director of school counseling for Tantasqua Regional High School in Fiskdale, Massachusetts, said the shooting in upstate New York shaped how he handled a threat assessment this week. He told staff, “Dot our i’s, cross our t’s because I don’t want to be on the news in a year, or five years, saying that the school didn’t do something that we should have to prevent this.”

A surge in student mental health needs, combined with staff shortages and widespread episodes of misbehavior and violence, has put extraordinary strain on school counselors and psychologists. The Buffalo shooting highlights their concerns over their ability to support students and adequately screen those who might show potential for violence.

When the accused shooter in Buffalo, Payton Gendron, was asked in spring 2021 by a teacher at his Binghamton, New York, high school about his plans after graduation, he responded that he wanted to commit a murder-suicide, according to law enforcement. The comment resulted in state police being called and a mental health evaluation at a hospital, where he claimed he was joking and was cleared to attend his graduation.

“I get that schools are still safe. And I believe that,” said Bardwell, who is also executive director of the Massachusetts School Counselors Association. “But it also feels like there’s more and more kids that are struggling. And some of those kids who struggle might do bad things.”

Childhood depression and anxiety were on the rise for years before the pandemic, experts say, and the school closures and broader social lockdowns during the pandemic exacerbated the problems. The return to in-person classes has been accompanied by soaring numbers of school shootings, according to experts who say disputes are ending in gunfire as more students bring weapons to school. Teachers say disrespect and defiance have increased. Tempers are shorter and flaring faster.

“The tagline I would go with is the kids are not all right,” said Erich Merkle, a psychologist for Akron Public Schools in Ohio, a district of about 21,000 students that he said is dealing with an increase in student depression, anxiety, suicidality and substance use, as well as aggression and violence, among other behavioral problems. “I can tell you that therapists are struggling.”

Many parents had hoped that as classrooms reopened, the troubles of distance learning would fade away. But it quickly became clear that the prolonged isolation and immersion in screens and social media had lasting effects. Schools have become a stage where the pandemic’s ripple effects are playing out.

School staff is “100% taxed,” said Jennifer Correnti, director of school counseling at Harrison High School in New Jersey, where counselors have been under strain as they help students acclimate after two school years of pandemic learning disruptions. “Everybody. Administrators, staff. Like, there’s no one that’s escaping. There is no one leaving school feeling amazed every day.”

Suicide risk assessments, in particular, are up sharply. The 15-year counselor says she has done as many of them in the past three years as she did in the 12 years prior.

She and Merkle both said that they use mass shootings like the one in Buffalo, and another one in which a 15-year-old shot four classmates in Michigan, to discuss how they would have responded. 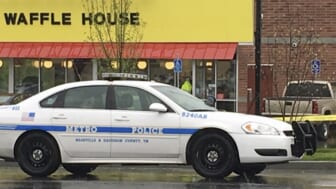 At Livingston Middle School in rural central California, counselors have conducted suicide prevention lessons in classrooms for years. Pre-pandemic, the lessons would result in about 30 students saying they wanted to see a counselor, said Alma Lopez, the district’s counselor coordinator and one of two counselors at the middle school.

“This year I got 200 kids, which is a quarter of our student population,” she said. “That is such a huge number. I can’t see 200 kids every week. That is just impossible.”

Many of the kids seeking help were sixth graders with issues related to friendships, she said.

Quickly, school staffers made changes, holding as many one-on-one sessions as they could, providing more group lessons on mental health, and putting flyers in every classroom with the suicide prevention hotline number.

They brought back as many activities, clubs and assemblies as they could to help kids connect. And Lopez said she is constantly reminding her district that more support is needed, a plea echoed by her peers nationwide.

Most states are struggling with mental health support in schools, according to a recent report from the Hopeful Futures Campaign, a coalition of national mental health organizations. In some states, including West Virginia, Missouri, Texas and Georgia, there is only one school psychologist for over 4,000 students, the report says.

Lopez oversees a caseload of about 400 students at her school in Livingston, California — far more than the ratio recommended by the American School Counselor Association of one counselor for every 250 students.

“It’s a huge strain right now,” she said. Many students in her school are the children of farmworkers in a community that was hit hard by COVID-19 infections and deaths. She worries about missing something important.

“I think a lot can get lost,” she said. “If we don’t intervene in time, the issues that come with grief are going to be compounded in a big way to create additional challenges.”

Lopez and other counselors convened a discussion early last week on how to help students process fears related to the Buffalo shooting and whether it was safe to go to the supermarket.

Federal relief money has helped address shortages of mental health professionals at some schools, although some have struggled to find qualified hires or used the aid to train existing staff.

The challenges are compounded by an increase in gun violence on school grounds, said David Riedman, a criminologist and co-founder of the K-12 School Shooting Database, which keeps a national tally of instances when a gun is fired at schools.

According to that tally, there were 249 shootings in K-12 schools in 2021, more than twice the number in any year since 2018, when Riedman began the database. So far this year, there have been 122 shootings.

There is also a notable difference from previous years, he said: Many of the incidents were not planned attacks, but typical disputes that ended in gunfire.

Mental health specialists outside of schools have been feeling the strain, as well, said Bardwell, referring to his student with a history of mental illness and who spent two weeks this year in an ER waiting to be admitted for psychiatric care.

It highlights the country’s broken health care system, he said, and shows the state does not have enough residential mental health capacity, especially for adolescents.

Richard Tench, a counselor at St. Albans High School in West Virginia, said it’s impossible to refer students who need outside counseling to therapists in his area.