Lt. Col. Lawrence O’Toole claims he was passed over for the police chief post for a Black man because he was white

The city of St. Louis will pay a St. Louis assistant police chief nearly $162,000 to settle his federal discrimination lawsuit in which he alleged he was passed over for the city’s top police job because he is white.

Lt. Col. Lawrence O’Toole will also retire at the end of the week as part of the settlement, the St. Louis Post-Dispatch reported.

O’Toole sued in 2020, after he was passed over in 2017 for the position of St. Louis’ police chief. John Hayden, who is Black, was chosen as chief in 2018, months after a white former police officer, Jason Stockley, was found not guilty in the 2011 shooting death of a black man following a car chase. 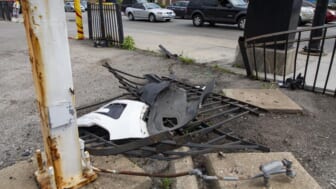 That verdict in September 2017 led to protests. O’Toole said in his lawsuit that the city’s public safety director told him, “If Stockley didn’t happen, you would be the police chief.”

O’Toole’s lawsuit said that statement was proof that he didn’t get the job of chief because of his race, a violation of the Missouri Human Rights Act.

O’Toole is set to receive $25,000 for legal fees, more than $76,000 in back pay for retroactive raises he would have expected as police chief, and $60,000 for emotional pain and suffering. His pension also will reflect the salary he would have earned as chief.