The Trump-backed Perdue mischaracterized remarks Abrams made days before today's primary election in the Peach State.

During a campaign stop Monday, Republican Georgia gubernatorial hopeful David Purdue declared that his Democratic counterpart Stacey Abrams is “demeaning her own race.” The Donald Trump-backed former U.S. senator, who is forecasted to lose badly in today’s primary election, also employed talking points framing Abrams, the decade-long member of the Georgia House of Representatives, as an outsider.

The Washington Post reports that Purdue, 72, stopped in Dunwoody on Monday and was responding to remarks Abrams, 48, made over the weekend at a fundraising dinner. She blasted Republican Gov. Brian Kemp’s assertion that Georgia “is the best place to do business,” insisting it was “the worst state in the country to live.”

“Now, somebody’s going to try to PolitiFact me on this — let me contextualize,” she continued. “When you’re No. 48 for mental health, when you’re No. 1 for maternal mortality, when you have an incarceration rate that’s on the rise and wages that are on the decline, then you are not the No. 1 place to live in the United States.”

“But,” she noted, “we can get there. You see, Georgia is capable of greatness. We just need greatness to be in our governor’s office.” 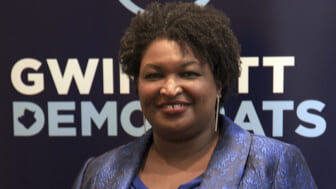 Abrams, the founder of the voting rights advocacy organization Fair Fight, was born in Madison, Wisconsin, and raised in Gulfport, Mississippi. Her family moved in 1989 to Georgia, where she eventually studied at Spelman College — and served as student body president — ahead of a path that would take her through the University of Texas at Austin and Yale Law School.

“She said that Georgia is the worst place in the country to live,” Perdue said of the lawyer-activist. “Hey, she ain’t from here. Let her go back where she came from if she doesn’t like it here.”

Purdue went on the offensive later in his speech, using Abrams’ 2018 comments regarding job creation outside of Georgia’s agriculture or hospitality industries while she was promoting potential growth in its renewable energy sector. 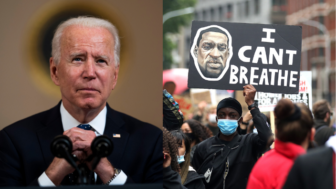 The Georgia primary election is today, and the projection from expert observers is that Kemp will secure the Republican nomination. Purdue is trailing behind him in the polls despite an endorsement from the former president and other GOP figureheads.

Abrams ran in the Democratic primary unopposed and is expected to accept her party’s nomination tonight. If Kemp ascends, it will be a rematch of the 2018 gubernatorial race that pitted him against Abrams, an election he narrowly won.