The vegan foodie and actress talks to theGrio's Natasha S. Alford about changing people’s mindsets on veganism and her latest business endeavors

On the eve of the upcoming re-release of her McCormick Sunshine Seasoning, actress and vegan foodie Tabitha Brown sat down with theGrio’s Natasha S. Alford to reflect on the highs and lows of her success.

Despite her success, Brown’s gone through some of the best and worst experiences but still led with light and love. The North Carolina native believes that sadness and joy come together, and by embracing the sad times, she prepares herself to fully relish the joy.

“Don’t think that the sad times are something that is sent to destroy you,” she said. “It’s actually sent to empower you. Take all the moments that don’t feel so well and praise them in advance because we know that something is working through that.” 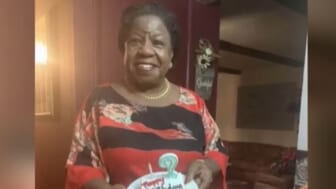 Brown’s energy and outlook are as much of the reason for her rise to stardom as her cooking. Through social media, she’s reached the minds and hearts of millions of viewers. Her vegan cooking videos inspired people to try healthier food options and prioritize their health during an unprecedented time in the country.

“It’s all in how we think,” Brown said. “We have to make sure that … they know we’re actually trying to empower [them] to live longer – to feel better – just by adding new things to [their] diet.”

After selling out in under an hour after its online release both times, Brown and McCormick believed that it was time to take her Sunshine seasoning to new heights. On June 1, the seasoning will once again be available for purchase, but this time, in stores. 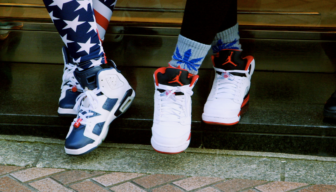 Also Read:
‘Sneakerheadz’: A glimpse at the soles of obsessive shoe collectors

“I’m just happy that we have another salt-free, amazing option out there that’ll make you feel like you have a little sunshine in your house or a little vacation in your home,” Brown said.