The incident near a high school in Richardson comes just one day after Salvador Ramos allegedly killed 19 children and two teachers in Uvalde, Texas.

An unidentified Texas high school student has been arrested and faces a weapons charge after he allegedly walked toward his high school with a rifle, ABC affiliate WFAA has reported.

The incident comes just one day after 18-year-old Salvador Ramos allegedly killed at least 19 children and two teachers before he was killed by law enforcement at an elementary school in Uvalde, Texas.

Police in Richardson, a suburb of Dallas, received a call on Wednesday about a man walking in the vicinity of Berkner High School with what looked like a rifle, according to a police department statement released on Twitter. Numerous police officers responded to the call and located the suspect at the school where he is a student. He has not been identified because of his age. 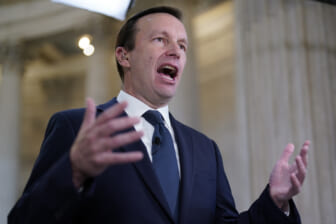 Police found an AK-47 style pistol and replica AR-15 style Orbeez rifle in the suspect’s car and subsequently arrested and charged him with unlawfully carrying a weapon — a felony — in a school zone, police said.

According to WFAA, a letter to parents notified them that Berkner was secured and on lockdown for close to an hour. A nearby elementary school was also placed on lockdown. Police also alerted nearby schools about developments at Berkner.

In the Twitter statement, the police department reiterated to the public the importance of reporting such incidents.

“The Richardson Police Department would like to remind the public of the importance to report suspicious activity, as we recognize the vigilant awareness and actions of the person who initially called 911 to alert law enforcement.

“The Richardson Police Department continues to work in partnership with Richardson ISD, Plano ISD, and our faith-based organizations to ensure the safety of our community, especially at our schools and places of worship.”