Walmart was wrong AF for that Juneteenth ice cream

OPINION: What these corporations don’t understand is you cannot ‘uplift’ and ‘celebrate’ Blackness if you are ignoring Black people and leaving them out of the equation. 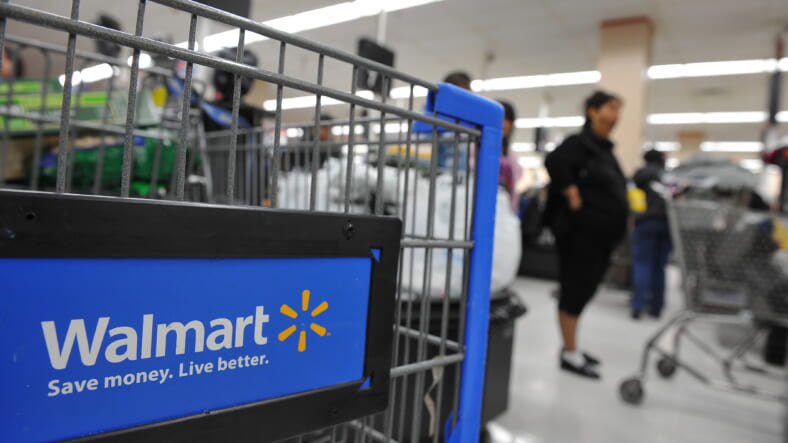 In the aftermath of George Floyd’s killing in May 2020, many corporations came forward with “commitments” to do better and be more diverse and embrace Blackness and blah, blah, blah.

Those “platitudes” and “gestures” lasted for a short time before everyone went back to business as usual. The truth is, these companies couldn’t care less about Black people; they just want to give the visual impression that they do.

When Juneteenth came to the public’s attention, it was obvious white people had no clue about it. It was, after all, a celebration for Black people marking the day enslaved people in Texas finally received word that they had been freed. It was a holiday that was for us, by us, and we were generally OK with that.

When it was made into a federal holiday last year, we slow clapped our way through white people acting like they really did something big when we knew they didn’t. After all, unless you worked for an institution that recognized all federal holidays, your Black butt was still going to be at work anyway.

Especially if you worked at Walmart.

So please explain to me why Walmart had the unmitigated gall to put out a “Juneteenth” flavor of ice cream under its Great Value label? And why was there a trademark symbol next to the flavor’s name?

“Share and celebrate African-American culture, emancipation and enduring hope,” the label on the red velvet-flavored ice cream read, according to CNN.

After receiving public backlash, Walmart decided to pull the ice cream along with other Juneteenth-themed items it had put out, including paper party goods.

This is what happens when you try to do a so-called “Black” thing without consulting any actual Black people. Black people would have told you that Juneteenth, while celebrated amongst Black people, isn’t the type of holiday we go out and get party gear for, ala 4th of July, or Thanksgiving.

But it goes deeper than that. Let’s look at some of the ways Walmart got this wrong.

If you are going to try and pimp out a Black holiday, at least get Black people involved.

Walmart decided to try and make its own version of a Juneteenth flavor (which was basically red velvet cake or some such) instead of collaborating with a Black brand, such as Creamalicious, which already has a red velvet flavor—and is sold in Walmart’s very own stores! The collabo writes itself.

No, greedy corporations want it all for themselves. Never mind that this was an opportunity to amplify and uplift a Black brand. Walmart is owned by the Walton family, who, by virtue of their endless streak of driving small stores and mom-and-pop ventures out of business, happens to be the richest family in America. Why not share the wealth with Black people?

Walmart doesn’t share the wealth because they are one of the biggest beneficiaries of welfare.

A study released in 2020 revealed that Walmart (and McDonald’s!) employ large numbers of people who receive federal benefits such as food stamps and Medicaid. This is because Walmart does not pay its employees a living wage.

Translated: We, the people, are subsidizing the payroll of a corporation that is owned by the wealthiest family in America. Let that sink in.

At the time the report was released, Walmart reported a net income of $5.14 billion in one quarter. How are you making that much money and not paying your employees?

Walmart has the nerve to brag about its diversity and inclusion numbers. Nearly a majority of their associates—meaning the everyday people you encounter in a Walmart—are Black, brown and Asian. How are you bragging about that while paying subpar wages?

Walmart funded politicians who wanted to overturn the election.

Remember when it was chic to loudly proclaim your company wouldn’t support politicians who called for or supported the Jan. 6 insurrection?

As USA Today reports, Walmart was one of those companies claiming to stand for democracy. It only took three months for it to fall back on that promise, however, when it gave $30,000 to the National Republican Congressional Committee, which supports House Republicans in elections. Keep in mind that two-thirds of Republican House members voted against certifying the presidency of Joe Biden.

Walmart gave another $30,000 to the organization that supports Senate Republicans as well.

So much for standing on their word.

Everything these companies do is symbolic at best.

The moral of the story is that Walmart does not care about Black people. We are nothing more than a marketing campaign waiting to happen for them. If they can find ways to monetize us or capitalize off of things that are important to us, they will do it, but none of it will benefit the Black community at large.

It all goes into Walmart’s pockets because at the end of the day, Walmart only cares about the Walton family, and the Walton family is obviously too greedy to care about what Black people think.