A brand new Pinocchio is here for a new generation. Disney has officially dropped its first look at Pinocchio, the live-action remake that sees Tony Award-winning actress Cynthia Erivo taking on the iconic role of the Blue Fairy.

As theGrio previously reported, Erivo was cast as the magic-wielding character back in March of 2021. The character is most known for singing one of Disney’s classic songs, “When You Wish Upon a Star,” which The Color Purple star sings briefly in the trailer. Erivo shared the trailer with her many Instagram followers, writing in the caption, “When you wish upon a star…⭐ Oh! yup that’s me! Your Blue Fairy🧚.” 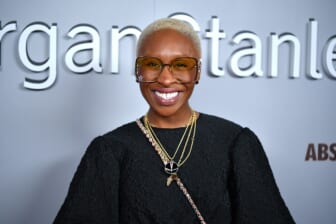 The film also stars Tom Hanks as Geppetto, a woodcarver who, wishing for nothing more than a son of his own, builds Pinocchio. Hanks is reunited with director Robert Zemeckis (the two have worked together on major films like Forrest Gump and Cast Away). Benjamin Evan Ainsworth also stars as the titular character, Keegan-Michael Key as “Honest” John, and Joseph Gordon-Levitt as Jiminy Cricket. 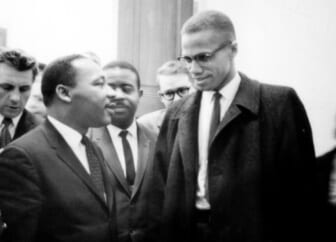 In an interview with Variety in the spring of 2021, Erivo opened up about taking on such a major role in the Disney canon, breaking down her transformation into the Blue Fairy. “I know that already it’s a different aesthetic because it’s me — this bald-headed Black girl. I’m really excited about it. We don’t have very many Black fairies.”

Erivo joins Yara Shahidi, who is taking on the role of Tinker Bell in the upcoming Peter Pan live-action film, and Halle Bailey, who stars as Ariel in the upcoming The Little Mermaid remake, as a Black actress stepping into a major character in the Disney repertoire.

She told Variety at the time, “I’m very proud to be joining the ranks with Yara Shahidi [playing Tinker Bell in “Peter Pan”] and I’m very proud we’re getting to join the ranks of Disney with Halle Bailey, who’s playing the Little Mermaid. It’s kind of awesome.”