During the episode, the hosts sit down with various guests also dealing with the effects of the autoimmune disease

On the latest episode of Red Table Talk, the popular talk show tackles alopecia through sitting with guests who were impacted by the disease, hair surgeons and more. Jada Pinkett Smith also addresses her own journey with the disease and that now infamous Oscars joke that inspired a national conversation. 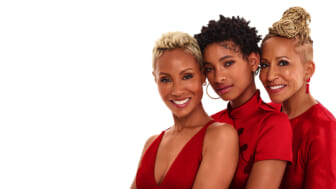 For years now, Jada Pinkett Smith has been open about her battle with alopecia, an autoimmune disease that leads to hair loss. She revealed that she had the disease in 2018 on Red Table Talk, stating during the episode, “My hair has been a big part of me. Taking care of my hair has been a beautiful ritual.”

On the latest episode of th Facebook series, Pinkett Smith along with her daughter Willow and mother Adrienne Banfield-Norris, expand the conversation even further, bringing in others who struggle with the disease, while also briefly addressing the “slap heard around the world.”

“Considering what I’ve been through with my own health and what happened at the Oscars, thousands have reached out to me with their stories,” Pinkett Smith said at the beginning of the episode.

As theGrio previously reported, Chris Rock made a joke about Pinkett Smith’s appearance while presenting at the Oscars, referencing the film G.I. Jane, which features a bald Demi Moore. This led to Smith slapping Rock on stage, sparking significant cultural conversations surrounding the incident.

“I’m using this moment to give our alopecia family an opportunity to talk about what it’s like to have this condition and to inform people about what alopecia actually is.”

Then transitioning to the Oscars, she said, “My deepest hope is that these two intelligent, capable men have an opportunity to heal, talk this out and reconcile. The state of the world today, we need ’em both, and we all actually need one another more than ever.” Pinkett Smith went on to say she and Will are going to continue to do what they’ve done for the past 28 years: “figuring out this thing called life.” She then thanked the audience for listening. 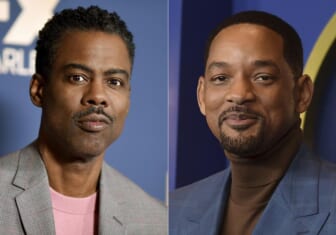 Also Read:
Will Smith banned from the Oscars for 10 years over Chris Rock slap

The episode then dives into connecting with various guests who have been affected by alopecia, including the mother of 12-year-old Rio Allred, who tragically took her own life after relentless bullying and mocking from her peers. They also sat down with Dr. Meena Singh, a top hair surgeon who breaks down the different types of alopecia, former NBA player Charlie Villanueva who also has alopecia, and a woman who worked in the hair industry for more than a decade.

The latest episode of Red Table Talk, Alopecia: The Devastating Impact, is currently available to stream on Facebook Watch.