Aunjanue Ellis reveals she is bisexual, says ‘this is who I am’ in recent interview

In a recent interview at the start of Pride month, Academy Award nominee Aunjanue Ellis revealed that she identifies as bisexual, stating, “I am Queer. This is who I am.” 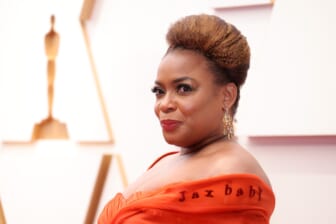 From Lovecraft Country to King Richard, Ellis has had a successful past few years in Hollywood, becoming one of the biggest names in the industry after her acclaimed performances. Her turn in King Richard as Oracene Price – mother to Venus and Serena Williams – earned her an Academy Award nomination, as well as recognition as an honoree for Essence’s Black Women in Hollywood event. Months after the fast-paced awards seasons, Ellis disclosed her bisexuality in a recent interview with Variety.

In the article, 53-year-old Ellis said she has been open about her sexual orientation with close friends and family for decades. Still, there were “hurt” feelings when the actress wore a suit jacket that spelled “Queer” in rhinestones to Essence Black Women in Hollywood Awards. Her family disagreed with her “choice to express her sexuality so proudly and in such a public setting,” Variety reports.

“I am a work in progress, and my family and my community are works in progress,” she told the outlet. “I really believe that that is important to say because I’m not alone. We see people on the other side of it, where everybody’s good and fine: ‘Love is love’.”

She explained that she has not been hiding her sexuality either. When asked why this is the first time media are explicitly covering it, she told Variety, “Nobody asked.” 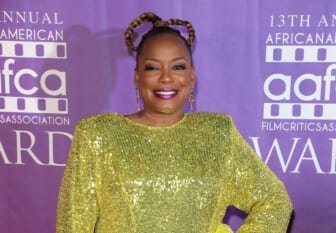 Ellis also spoke about her desire to make Black women proud with her work, to speak for them and to them “in ways that they feel honored.” Yet, she has faced prejudice from Black women regarding her sexuality, something she tried to work through in the interview.

The actress expressed a desire to expand queer visibility with her work, “There aren’t a lot of novels about Black queer women,” she explained. “There are characters, but the full experience of a Black woman being gay or bisexual, it doesn’t exist, so we’ve got to write it into existence.”