Report: Lori Harvey, Michael B. Jordan broke up. Neither said a word, but she did go to France alone

"They had great times together and brought out the best in each other," according to a source close to the former couple.

Actor Michael B. Jordan and model Lori Harvey have parted ways after dating for about a year and a half.

A close associate of the former celebrity couple told PEOPLE that Jordan, 35, and Harvey, 25, still have love for each other, and that the relationship helped Jordan reveal more of his emotional side.

“Michael and Lori are both completely heartbroken,” the unnamed source told the outlet. “They still love each other.”

Speculation about a break-up began circulating recently after Harvey went to the Cannes Film Festival in France alone in May, per the report.

“Michael matured a lot over the course of their relationship and was ready to commit for the long term. He let down his guard with her, opening up emotionally in a romantic relationship for the first time,” the source continued. “They had great times together and brought out the best in each other.” 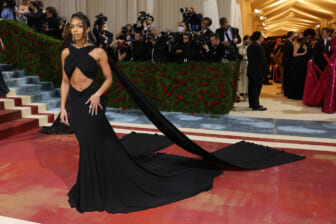 Rumors of a kindling romance between the Journal for Jordan actor and the SKN skin care product owner began to swirl after the two were seen exiting a plane together in November 2020 and later on a ski trip together in December 2020, the outlet reported.

Harvey and Jordan went public with their relationship in January 2021, and reports were soon released that the romance was progressing quickly.

Jordan told the outlet that it marked the first time he had been so open about his private love life: “I’m still private, and I want to protect that, but it just felt like it was a moment of just wanting to put it out there and move on,” he said at the time. “I am extremely happy.”

“Michael has charmed her and is treating her like a queen,” an insider in the entertainment industry told PEOPLE in February 2021. “Lori seems very happy.” 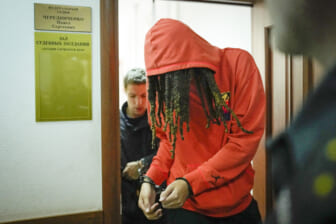 Also Read:
Celtics add their voices to those asking for Brittney Griner’s return

In December 2021, one month after the pair celebrated their first anniversary together, Jordan told The Hollywood Reporter that he “finally found what love was” and explained why he was comfortable with being more open about the relationship at that stage of his life.

“When I was younger, I don’t know if I could have handled the onslaught of opinions and being picked apart, and also being conscious of what the other person’s going to go through. It takes a special person to deal with that,” he said.

In an appearance on talk show The Real in September 2021, Harvey said she and Jordan “balance each other” and said it was often his small gestures that showed how much he cared for her.

“…It’s the little things, the everyday things that I think really is what makes him special, like he just listens to me when I talk,” Harvey said.

“Even the other day, I just been saying I really just wanted to go to a farmer’s market, so he called me one Sunday morning and was like, ‘What are you doing, I’m going to come pick you up,’ and he took me an hour away to this really cute farmer’s market and we had the best day. So it’s things like that.”