She had another commitment, said the actress who stars in "Jurassic World: Dominion," which debuts in theaters this week.

In an interview ahead of her new film, “Jurassic World: Dominion,” DeWanda Wise opened up about why she left the Marvel Cinematic Universe (MCU) film, “Captain Marvel,” telling Collider it “wasn’t a choice.”

What led to her not playing Rambeau? It was Season 2 of the “She’s Gotta Have It” series. “I committed to “She’s Gotta Have It,” she said. “When you commit to something, you commit to it. And it just so happened that when they decided to essentially expand the role in “Captain Marvel” a little longer, a little larger, it conflicted with a very specific moment that we were shooting in Season 2, a very special episode that we shot that I would not trade for anything in the world when we shot in Puerto Rico.” 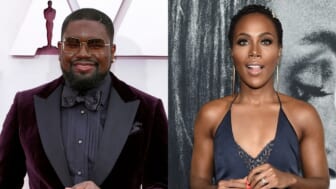 Also Read:
DeWanda Wise and Lil Rel Howery on the importance of ‘Fatherhood’

Wise continued, “That was experientially, spiritually, personally one of the most remarkable and life-changing moments of my life. So it was painful.” The role of Rambeau, of course, went to Lashana Lynch, who recently starred in “No Time To Die” opposite Daniel Craig. She joked, “And also not for nothing, Lashana Lynch, y’all! She’s so good! So you’re welcome! You know what I mean?”

Not doing “Captain Marvel” not only let Wise continue her role in “She’s Gotta Have It,” it also led to her appearance in “Someone Great,” the popular Netflix romcom starring Gina Rodriguez. “I would not have done ‘Someone Great’ if I were in ‘Captain Marvel.’ And the experience of working on that movie also changed my life. I have a lot of those!” 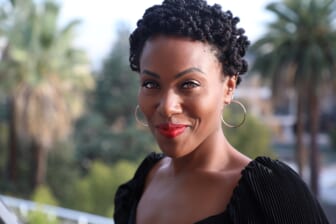 Last year, theGrio caught up with Wise ahead of her Netflix film, “Fatherhood,” also starring Kevin Hart. Addressing Black female representation in Hollywood, she said, “I’m never gonna not be a Black woman. I’m not ambiguous, there’s no way for me to pretend. I’m not so sure that representation will always be there. It’ll be there in everything I do,” she said.