A Santa Cruz County judge has delayed, until at least July, a decision on how much restitution would be due as the result of damage to a Black Lives Matter mural in the Northern California city’s downtown.

Brandon Bochat, 21, of Santa Cruz, and Hagan Warner, 20, of Boulder Creek, have been accused of defacing the mural last summer and face charges of felony vandalism, reckless driving and a hate crime, according to The Mercury News. They’ve pleaded innocent on all charges and remain free on bail.

Santa Cruz police arrested Bochat and Warner on July 25, 2021, following an investigation into the mural’s vandalism. Police, in a press release, alleged that the two men took turns driving Warner’s truck over the large mural and defiling it with tire marks.

In an unusual move, defense attorneys in March asked Santa Cruz County Superior Court Judge Syda Cogliati for a restitution hearing, which isn’t typically held before legal matters have been resolved. Cogliati agreed, saying, “It does make some sense to give them some certainty as to restitution,” The Mercury News reported at the time.

The BLM mural, which some 500 people collaborated to paint in September 2020, sits in front of the Santa Cruz City Hall. The privately funded artwork was created in the wake of George Floyd’s May 2020 killing in Minneapolis, Minnesota, at the knee of since-convicted former police officer Derek Chauvin.

Prosecutors estimate it will cost $103,000 to $114,000 to repair the mural, although the defense has reportedly taken issue with the figure.

Abi Mustapha, one of the driving forces behind the mural project, estimated that local artists could have charged $30 to $45 a square foot to paint the mural, yet did it for free. The mural is 2,750 square feet, defense attorneys claim.

Speaking of the mural, Mustapha told Assistant District Attorney Michael Mahan, “People saw it as a safe place,” The Mercury News reported. “The value of art is rarely if ever based on value of supplies or fees. It isn’t just paint on the street.” 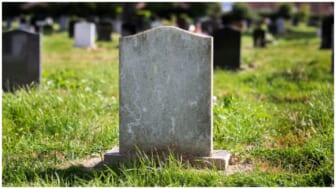 The prosecutor asked her what she believed the defendants should face as a fair consequence for their actions.

Mustapha responded: “I would like to see them repaint the mural.”

The court has scheduled the next hearing for 9 a.m. on Monday, July 25.