Previews for the revival of the celebrated Arthur Miller play will begin on September 19 at the Hudson Theatre.

The Broadway revival of Death of a Salesman, starring Wendell Pierce and Sharon D. Clarke, has its official theater schedule and home. The Young Vic/West End revival of the Arthur Miller play will begin previews on Sept. 19 at the Hudson Theatre, according to Deadline.

News of the revival was first reported last month. The production moves from London to Broadway. Pierce and Clarke both appeared in the London show, produced by Cindy Tolan, Elliott & Harper Productions and Kwame Kwei-Armah. They will be returning, along with director Miranda Cromwell.

Cromwell won the 2020 Olivier Award for the London production, along with co-director Marianne Elliott. Cromwell will be helming the Broadway direction solo.

Pierce, who plays the lead Willie Loman character, and Clarke, who plays Linda Loman, were also nominated for an Olivier Award. Clarke, who would win an Olivier for Death of a Salesman, is currently up for a 2022 Tony Award for her performance in Caroline, or Change. 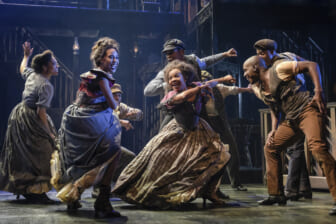 Miller’s Death of a Salesman is a beloved play in American theater canon. The Pulitzer Prize and Tony Award-winning play will be told from the perspective of a Black family for its latest turn on Broadway. Though its official opening night has yet to be announced, Death of a Salesman will have a limited 17-week run at the Hudson. 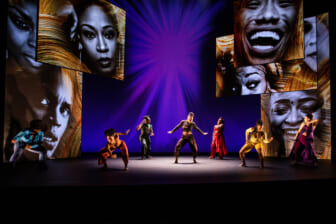 The last time Death of a Salesman was on Broadway was in 2012. The late Philip Seymour Hoffman and Linda Emond played the roles of Willie and Linda Loman. Andrew Garfield and Finn Wittrock were also a part of that cast.