State Senate President Page Cortez and House Speaker Clay Schexnayder, Republicans who had asked for the delay, said Friday that a special session called to revise district lines should be canceled

A federal appeals court has halted enforcement of a district judge’s order for Louisiana to redraw new congressional districts by June 20 to include a second majority Black district.

A panel of the 5th U.S. Circuit Court of Appeals acted Thursday night, hours after U.S. District Judge Shelly Dick refused to put a hold on her order. 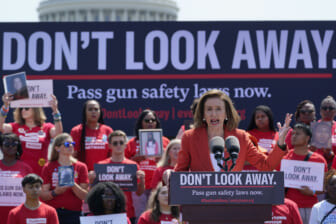 State Senate President Page Cortez and House Speaker Clay Schexnayder, Republicans who had asked for the delay, said Friday that a special session called to revise district lines should be canceled.

“Before the judicial redistricting process is complete, any special session would be premature and a waste of taxpayer money,” they wrote.

Gov. John Bel Edwards, a Democrat who has called for a redistricting session from June 15-20, did not immediately respond to a request for comment.

He vetoed the new districts, saying that since Louisiana is nearly one-third African American, a single majority-Black district violates the Voting Rights Act.

However, the Republican-dominated legislature overrode his veto.

Court papers for Secretary of State Kyle Ardoin call the deadline “unworkable” — an argument that Dick described as “insincere and not persuasive.”

The state requires seven days’ notice of the start of the session and three days for bill reading, she wrote. That “would require ten days total, and this Court gave the Legislature fourteen,” she said. 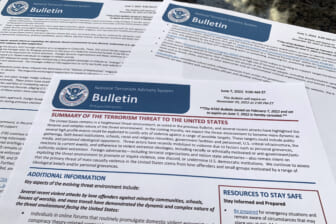 Kathryn Sadasivan, redistricting counsel for the NAACP Legal Defense Fund, said the new map “continues to pack Black voters from New Orleans and Baton Rouge into a single congressional district despite the significant changes in the Black population and the shared interests and needs of Black voters in Baton Rouge and the Delta parishes” north of Baton Rouge along and east of the Mississippi River.

“We are confident that the November primary election is sufficiently far away to allow this decision to stand,” Sadasivan wrote.