OPINION: The enigmatic artist released one of the greatest albums in hip-hop history with 'The Miseducation of Lauryn Hill.' But her artistic zenith did not last long, and her downfall has been long and public. 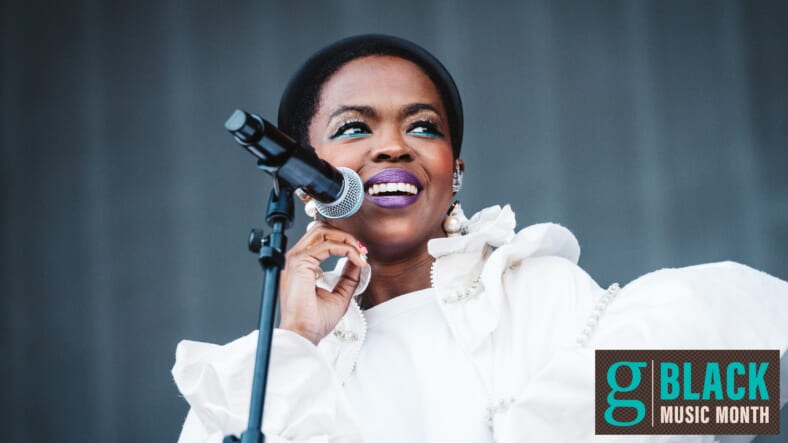 Lauryn Hill performs on stage during day 1 of Madcool Festival on July 11, 2019 in Madrid, Spain. (Photo by Mariano Regidor/Redferns)

I miss Lauryn Hill. I know she’s still around, occasionally showing up super late for her own shows, but once upon a time, she was amazing. She was—she is—the greatest female MC of all time. And she was more than a rapper-singer-songwriter-actress. She was a spiritual figure who people admired.

One of the times I interviewed her, she was talking about going to Ethiopia for New Year’s Day to perform and commune with the people. She talked about wanting to give to them and to receive wisdom and energy from them. She was then dating Rohan Marley, son of Bob, which made all of this more powerful because Lauryn, more than anyone, seemed like she could possibly be the second coming of Bob Marley, a beloved global recording artist who’s a spiritual leader and a natural mystic. We could’ve had that. We almost had that. Instead… 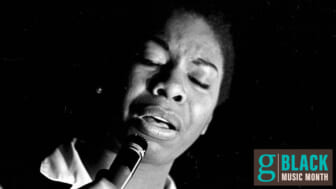 Back in the ’90s, she was everything. On The Miseducation of Lauryn Hill, her 1998 solo debut, she gave us a perfect album that melded hip-hop and soul as it referenced love, childhood, nostalgia and faith. It established her as the high priestess of hip-hop. I would normally argue that an artist whose career is largely based on a single album has not done enough to be the best, but Miseducation is one of the greatest albums in hip-hop history and one of the greatest albums in modern soul music history.

It’s a timeless album that gives us so many hits—“Lost Ones,” in which she speaks back to Wyclef, her former partner in music and love, and “Doo Wop (That Thing),” and “Nothing Even Matters,” a gorgeous love song with D’Angelo, and “Everything Is Everything,” and “Can’t Take My Eyes Off of You,” and “Tell Him.” It’s a gorgeous album that makes you feel warm and makes you long to feel the profound sort of love she’s talking about.

When your one album is an album this good, then yes, one album can vault your career above careers filled with good albums that don’t come close to the depth and power of the sublime Miseducation, which sold 18 million copies and was played ubiquitously throughout the world of hip-hop for most of a year.

Alas, Lauryn’s artistic zenith did not last long, and her downfall has been long and public. It’s a shame so many remember her for the sordid stuff and have let that cloud the memory of her genius. She really did seem like a genius, but life got in the way. There was an embarrassing lawsuit—several of the guys who played on Miseducation claimed that they were uncredited and unpaid for their writing. People have told me that when you work in a jam session, it can be hard to know who exactly wrote what, but Lauryn ended up settling with the musicians.

In 2002, a live album, Unplugged 2.0, gave us a Lauryn who seemed to be struggling and perhaps detached from reality. On the record, she said, “I’m crazy and deranged . . . . I’m emotionally unstable.” After that, she stepped away from recording for many years. I was curious about what was going on with her, so I interviewed many people around her for a story in Rolling Stone called “The Mystery of Lauryn Hill.”

People said the pressure of being a superstar recording artist was very difficult for her. “I think Lauryn grew to despise who Lauryn Hill was,” a friend of hers told me for that story. “Not that she despised herself as a human being, but she despised the manufactured international-superstar magazine cover girl who wasn’t able to go out of the house looking a little tattered on a given day.

Because Lauryn is such a perfectionist, she always sought to give the fans what they wanted, so a simple run to the grocery store had to have the right heels and jeans. Artists are a lot more calculating than the public sometimes knows. It don’t happen by accident that the jeans fall the right way, the hat is cocked to the side just so. All of that stuff is thought about, and Lauryn put a lot of pressure on herself after all that success. And then one day she said, ‘Fuck it.’”

Years later, in 2013, she was convicted of not paying hundreds of thousands in income taxes and forced to do three months in prison.

Through it all, she performed sporadically, often showing up hours late, enraging her fans. I’ve seen some of those shows, and I have sympathy for her lateness—she’s a mother of six children, and I think she has a lot of ambivalence around performing. She needs to do it, yet she may not really want to do it. The lateness is unprofessional, but by this point, you know she’s going to be late, so don’t be surprised. That bothers me less than what’s happened to her voice. It’s become more gravelly and huskier as opposed to the gorgeous sound she used to make when she sang. She has lost some of the soulfulness that made us love her.

But in her prime, her glorious prime, from 1996’s The Score by the Fugees to Miseducation, she was unstoppable. If she had just been a singer, she would have been legendary—her voice was deep for a woman, which gave gravitas to her soul singing. But she was also a brilliant MC. On “Everything Is Everything,” she said, “Flipping in the ghetto on a dirty mattress/You can’t match this rapper slash actress/ More powerful than two Cleopatras/ Bomb graffiti on the tomb of Nefertiti/ MCs ain’t ready to take it to the Serengeti/ My rhymes is heavy like the mind of sister Betty.”

She conveyed Black pride, a modern Afrocentrism, historical knowledge, spiritual insight and self-love—she was the sister who put herself on a higher plane and was so deep that everyone agreed. She was special. We can still put on Miseducation and hear that Lauryn. We can forget about all that came afterward because none of it detracts from her as an artist. None of it takes away from the beauty and the brilliance of that album. None of it changes the fact that Lauryn was one of the most amazing rappers hip-hop has ever heard.