Ban on Confederate flags at CMA Fest is a good first step, but the country music industry must do more

OPINION: It's time to explore ways to truly transform the industry up and down the line—from the executives who run record labels to the writers and producers who create country music. 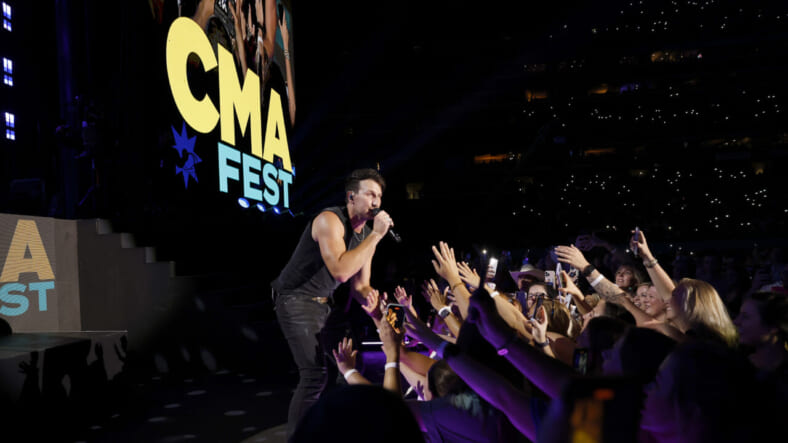 Last week, the Country Music Association announced its ban on the Confederate flag at the CMA Fest for the first time ever. When I read the press release, I flashed back to all the country music festivals that I played early on in my career and how that flag would be proudly displayed on the bodies, vehicles and in the hands of the audience. As someone who was, at times, the only Black person in the crowd—let alone onstage—seeing this made what would have already been a nerve-wracking situation as a new artist even more unwelcoming. 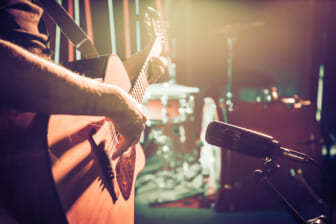 In 2007, I became the first Black woman in 20 years to appear on the Billboard Country Charts with my debut single, “Country Girl”—a song about it being OK to not fit the stereotypical “country girl” image. It was an interesting time: I was living my dream while existing in a really isolating and often lonely space. Anytime that I would see or hear from Black fans, I was thrilled. Nothing makes you happier as an artist than to know that your own people love and appreciate what you do. It also confirms that you are not weird…that Black country fans do exist.

Fast forward to present times and 2020 marked an interesting time in this country. The murders of George Floyd, Breonna Taylor and Ahmaud Arbery brought the quiet and ugly truths of racial inequity to the surface while COVID lockdowns forced us all to slow down and some to face what we already knew to be true about being Black in America.

Country music was pushed even further after one of its biggest up-and-coming stars was caught on tape saying the “n-word” in February 2021 (interestingly enough, this artist saw a 102 percent uptick in sales in the days following this incident). There were cries of “this isn’t us” and “Country music isn’t racist.” However, voices like Mickey Guyton, Maren Morris, and a few other brave souls emerged to say that yes, country fans and industry alike are racist at times and it’s time to reckon with it.

Black fans like Rachel Berry—an elementary school teacher and die-hard country music fan—posted about how much she loved country music but felt unwelcome at shows. All of this lit a fire under me. It was time to tell these stories—including my own—no matter how painful or ugly. It was time for country music to see itself—-complicated, omitted history and all. This is what I do every Sunday on my Apple Music Country Radio show, Color Me Country.

The CMA commissioned a study in 2020 on its audience and found that while “the number of people of color enjoying the genre is rising, 20 percent of BIPOC attendees say they experienced racial profiling and/or harassment at a country music live event–and 20% of white people say they have witnessed it.” Seventeen percent of those surveyed believe that seeing racist symbols—like the Confederate flag—happens more at country music events.

Believe it or not, it’s not just people of color who want to see a change. Sixty percent of white-identifying participants stated that they “very/somewhat agree” with seeing more Black, Latinx, Asian, and diverse artists in country music while 59 percent supported the industry doing more to celebrate cultural diversity. Fifty-eight percent of white core country music listener participants supported artists speaking up for racial/social justice.

Country music is a $5.5 billion industry. So, what’s the incentive to change? I believe that in order to really shift, change has to come from the soul and not just the bottom line. While it’s nice to see this move from the CMA, to me, it’s the low-hanging fruit. It’s time for the REAL work to begin.

I challenge the entire industry to do more. For it to think about more lasting ways to truly transform the industry. Who are you including on your boards? Who are you hiring to run your record companies? Who are your A&R people? Who is writing and producing the hit songs?

It’s great to see Black people on stage performing, hosting or in the audience at the awards but if they can’t win an award because they can’t get signed in Nashville and can’t get played on country radio—what’s the point? Considering that Black people are foundational to modern country music, it’s about time that this industry and its institutions begin to meaningfully consider and court black audiences.

In the words of the multi-award-winning music producer (and one of the few Black Nashville music executives), Shannon Sanders, the industry is “leaving money on the table” when they don’t consider people of color in their hiring, marketing, and signing practices. 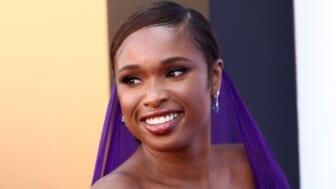 As a group, Black consumers in 2021 spent $1.6 trillion, so why ignore this kind of spending power? I honestly believe that the country industry has, up until this point, decided it was better to play it safe and cater to a block of fans who long for the “good old days” when America was great. They would much rather keep country music “white” than get uncomfortable and figure out how to make its festivals, board rooms, radio playlists, and rosters more inclusive. Country music is a microcosm of what’s happening in this country at large: We are all subject to the whims of a vocal and often racist minority.

The thing that we all love about country music is that it’s about the simple truths of life, the triumphs and failings that come from being human. Who can’t relate to that? As the saying goes, music is built on “three chords and the truth.” That truth should include everyone.

Rissi Palmer is a singer/songwriter who made music history in 2007 with the release of her Top 40 debut single, “Country Girl,” becoming the first African-American female to chart a country song since 1987. She is now the host of the Apple Music Country show, Color Me Country Radio w/ Rissi Palmer and administers the Color Me Country Artist Grant Fund to provide grants for artists of color pursuing careers in Country and Americana Music.