6 of the best storytelling rap songs ever

OPINION: There’s nothing better than a good rap song that tells a story with a beginning, a middle and an end. These songs do that. 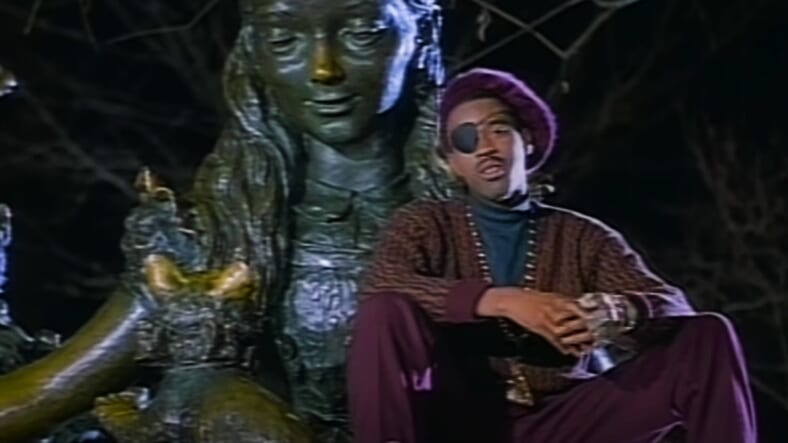 One of my favorite things about hip-hop and rap music, in particular, is its origins within the griot storytelling framework.

While there is plenty of posturing and one-upmanship in hip-hop, the genre is at its best when the artists are telling us compelling stories from the streets—or wherever else they may occur.

It’s Black Music Month, and so it’s an appropriate time to pay homage and respect to some of the best to ever do it as hip-hop storytellers.

This is by no means a definitive list, and the songs are not listed in any particular order other than my all-time favorite being the first one.

This is by far my favorite hip-hop song with a story to tell. Ice Cube is one of the best to ever do it, and he will have more songs on this list, but I am starting with my favorite because I listen to it on almost a daily basis, and these lyrics have been cemented in my brain since they came out more than 30 years ago.

The second track on his Death Certificate album goes super hard and tells the story of some Los Angeles drug dealers who find that the police heat is too much for them in their hometown, so they fly out to St. Louis to try and make some money.

They run some St. Louis cats off their own block, post up and start selling dope. It’s going well, and they are making more money than they did in L.A., but the St. Louis dudes decide they want their corner back, and a gang war starts, arousing the attention of the police.

Before long, our narrator finds himself on the wrong end of a narcotics unit officer’s gun and ends up getting arrested—just as he was recognizing how much heat he had on him and making the decision to move on to a different town.

It’s a story with a beginning, a big climax and a horrible ending, but it’s a good story, and that’s why I love it.

Slick Rick weaves together a cautionary tale about what can happen to young men who follow the wrong friends and end up on the wrong side of the law. There are dope fiends, police chases, shootouts with the cops, and a tragic ending to one of the best stories ever told in hip-hop. Combine all of this with a catchy beat and Slick Rick’s British accent, and it is a perfect symphony of hip-hop culture.

I love this song.

“Murder Was the Case,” Snoop Dogg

“Murder Was the Case” is one of Snoop Dogg’s greatest songs. It’s the story of a gang banger who gets shot, almost dies and is given a second chance at life by God. What he chooses to do with that second chance leads him right where he doesn’t want to be—in jail.

The song starts with Snoop having just been shot by some enemies who recognize him. As EMTs try to save his life, Snoop is begging and bartering with God—who tells him he will give him a second chance if he changes his life and stops gangbanging.

Snoop agrees, and before long he is out of his coma, out of his wheelchair and back on the streets selling drugs. He’s making a lot of money, buying cars and material things for everyone he loves. Of course, because of the lifestyle he is living, it isn’t long before he finds himself on that long bus ride to the county lockup.

He’s now in jail with a lot of people who don’t like him, and it’s only a matter of time before someone makes another attempt on his life.

He has seemingly forgotten about the deal he made with the lord, but his fate is sealed, and he has accepted it.

The best thing about this song is the performance Snoop gave when he did it at the 1994 MTV Awards. He was wheeled out onto the stage in a wheelchair, and for the first part of the song he simply sits in the chair rapping until the part of the song that says “It’s gonna take a miracle they say for me to walk again and talk again but anyway…”

The 23-year-old me screamed in my living room. He stood up right at that moment, and the performance was amazing.

Check it out for yourself.

Listen. This isn’t the greatest song in hip-hop. It’s not even on the list. This song is nostalgia. It’s LL rapping about how he can’t resist a big butt and how that inability to resist big butts gets him into trouble repeatedly.

I’m sure it’s a song a lot of men can relate to. It’s a cautionary tale even if it wasn’t intended to be.

Also, the video is fun.

“Once Upon a Time in the Projects,” Ice Cube

All Ice Cube wanted was to kick it with his lady friend for the day. Instead, he found himself in the middle of some hood drama because she lived in the projects and everyone in her family had some ish going on.

The girl’s brother was gang banging. She had little brothers and sisters running all over the apartment acting wild and crazy. Her mama was selling dope out of the house. There was just too much going on.

And then the police showed up. It was a case of the wrong place at the wrong time, and Ice Cube gave it to us, line by line, laying out the story and bringing it to its conclusion with a moral: Don’t mess with girls from the projects.

Ice Cube bookends this short little list, and rightfully so. “It Was a Good Day” describes a pleasant day in the hood for our protagonist. It’s set to a brilliantly used Isley Brothers sample (“Footsteps in the Dark”), and it is yet another example of how adept Ice Cube is at this rap storytelling thing.

Ice Cube manages to get through an entire day of hanging out, driving the streets, playing basketball, shooting dice, kicking it with his lady friend and finally making it home without once having to confront anyone or being confronted by someone else with a gun.

Listen, at the time this song came out, that was a good day in the hood.

I could add more songs, but I’m curious what you think.

What are some of your favorite storytelling rap songs?