The Grammy award-winning artist said she will remove “spaz” from the updated recording of the song, which appears on her upcoming album, “Special.

Lizzo announced on social media that the lyrics to her new single, “GRRRLS,” will be changed after complaints about her use of an ableist slur.

As reported by Deadline, the track was released Friday and appears on Lizzo’s upcoming album, “Special.” The Grammy award-winning artist shared in a Twitter post that the offensive slur “spaz” will be omitted from the new version of the song.

“I’m proud to say there’s a new version of GRRRLS with a lyric change. This is the result of me listening and taking action. As an influential artist I’m dedicated to being part of the change I’ve been waiting to see in the world.”

In the original version Lizzo sings: “Hold my bag, b***h, hold my bag Do you see this s**t? I’ma spaz.”  Elsewhere she says, “I’mma spaz; I’m about to knock somebody out.” 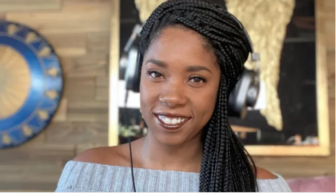 According to The Washington Post, the new version replaces the “spaz” lyric with “hold me back.”

In the United States, the term has long been another way of saying “freaking out,” but the disability community claims the word derives from spastic diplegia, a common type of cerebral palsy.  Some people also note that using the word to suggest you’re “going crazy” is hurtful to the mental illness community.

Model Shelby Lynch, who has spinal muscular atrophy, noted on Twitter: “I’ve seen a few comments about cancelling Lizzo and that’s not what we want,” she wrote. “We want to educate her and have the word challenged.”

Disability advocate Hannah Diviney appears to have led the charge in criticizing Lizzo on Twitter for using the term.

“Your new song makes me pretty angry [and] sad,” Diviney, who has cerebral palsy, wrote in a post on Saturday. “ ‘Spaz’ doesn’t mean freaked out or crazy. It’s an ableist slur. It’s 2022. Do better.”

And Lizzo has done just that, responding to the wave of criticism (mostly from fans in the UK fans where the word has a different meaning).

“It’s been brought to my attention that there is a harmful word in my new song ‘GRRRLS’,’” Lizzo shared in a Twitter post. “Let me make one thing clear: I never want to promote derogatory language.” 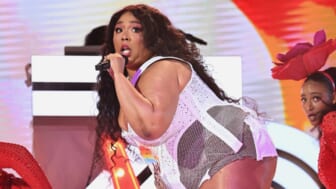 She continued, “As a fat Black woman in America, I’ve had many hurtful words used against me so I overstand the power words can have (whether intentionally or in my case, unintentionally).”

“GRRRLS” is available to stream on Spotify, YouTube and other music apps.