Folks weren’t ready: 10 albums that were ahead of their time

OPINION: For Black Music Month, Matthew Allen highlights 10 albums that have been reappraised as high quality and influential, despite not being positively received when released. 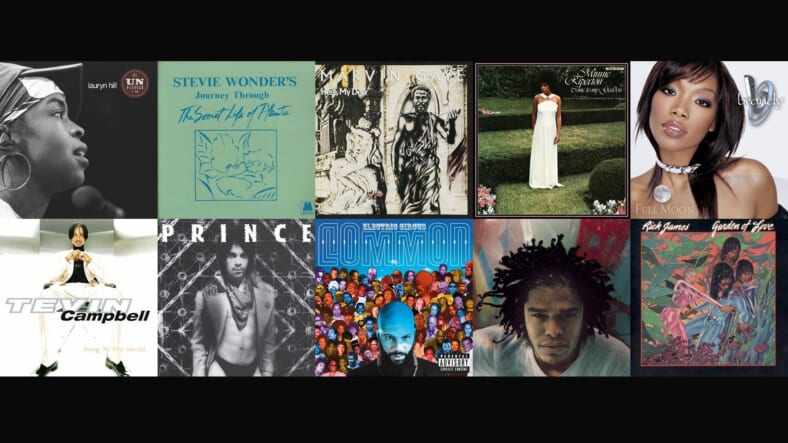 Ingesting the full scope of music takes time. Not just repeated listens, mind you, but a natural decision to devote investment and attention to a body of work over an indefinite period. Some artists have a knack for making transformative music that doesn’t follow the trends of the time. As a result, the music takes longer to be appreciated.

From Donna Summer’s The Wanderer to Kanye West’s 808s & Heartbreak, some albums need the benefit of extra time to reveal just how progressive they actually are. Critics and fans sometimes reject a body of work that doesn’t sync with them immediately. But with the benefit of changing musical palettes, the public eventually realizes that the music they condemned at first listens turned out to be the most fulfilling and influential. 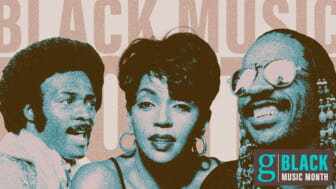 Here’s a list of 10 albums that were poorly received when they first came out, but in retrospect, they were works of genius that the public and critics weren’t ready to ingest yet.

After a stint in the 1960s group Rotary Connection, singer Minnie Riperton linked with Rotary producer/arranger Charles Stepney to craft her solo debut, Come Into My Garden. Songs like “Les Fleurs” illustrated a kind of baroque, operatic influence that Stepney fused with Riperton’s multi-octave vocal range. While the album had little fanfare or sold poorly, it was a precursor to what Stepney would do with Earth, Wind & Fire, The Emotions and Deniece Williams a few years later. The album is a genuinely unique inclusion in R&B history.

Marvin Gaye was riding a creative wave few artists experience, thanks to What’s Going On, Let’s Get It On and I Want You. Because of his divorce, he owed proceeds from his next album to his ex-wife, Anna Gordy Gaye. At first, he wanted to record a bad album that wouldn’t sell. However, his artistic integrity took over, resulting in Here, My Dear.

Gaye’s candor on songs like “Is That Enough,” “Anger,” and “You Can Leave, But It’s Going to Cost You” displayed a bitter cynicism and accountability over soul music that fused do-wop traditions and stream-of-consciousness musicianship that was scarcely heard in R&B music at the time. No hits came, and critics panned it. But today, it’s considered a masterpiece.

Journey Through the Secret Life of Plants (1979), Stevie Wonder

After the massive success of Songs in the Key of Life, people were waiting for Wonder’s next album. What they got was a soundtrack and score to a documentary about plants. Journey Through the Secret Life of Plants was a mostly instrumental score, with Wonder composing and producing the album almost purely with synthesizers.

With songs like “Send One Your Love,” “Black Orchid,” and “Come Back As a Flower,” Wonder personified plants to illuminate them as living things that needed to be cherished. Seen as a misstep by Wonder at its release by critics, Secret Life of Plants is a creative flex by a music master looking for a new challenge.

Rick James’ first three albums on Motown, Come Get It!, Bustin’ Out of L 7, and Fire It Up, reached the top 5 on Billboard R&B Album charts. This album did not. It reached No. 17 and 83 on the Billboard 200. If you go back, you realize that James had really stretched out his composition abilities.

With new ears, it’s evident that James wrote and produced a fine album that would’ve been a triumphant feat for any other artist. Songs like “Don’t Give Up on Love” and “Summer Love” featured James at his most vocally dynamic, while lyrically, the material stands up as some of his most sincere.

Prince’s first two albums, For You and Prince, drew from slick, soulful funk music, evident in tracks like “Soft & Wet” and “I Wanna Be Your Lover.” The prodigious multi-instrumentalist decided to take a turn in 1980 with Dirty Mind. It took a dip in sales and Billboard charts from his 1979 self-titled album. Dirty Mind may not have built on the success of his first hits, but the album, filled with new wave influence, implicit rockabilly and electronic funk, made an ambitious artistic leap. Dripping with provocative subject matters like incest (“Sister”), gender fluidity and counter-culture (“Uptown”), and oral sex (“Head”), Prince separated himself from all other young Black singer/songwriters of the time. Dirty Mind remains among his lowest-selling albums of the 1980s, but it’s proven to be his most important.

Tevin was a chosen artist as a child. Groomed by Quincy Jones and championed by Prince, he was making truly classy R&B/pop in the early 1990s. After I’m Ready went double platinum, his 1996 album, Back to the World, hit a wall commercially, ending all of his momentum as a viable pop artist. But in truth, the album should have ridden the crest of sophisticated R&B that D’Angelo, Maxwell and others were making.

With composing and production from Keith Crouch, Rahsaan Patterson, Babyface, and Chucky Thompson, songs like the title track, “I Got It Bad,” and “Could You Learn to Love” showed maturity in Campbell that, in hindsight, was the perfect turn for his voice.

Maxwell was a new darling of the growing neo-soul movement, thanks to his 1996 debut album, Urban Hang Suite. In 1998, his follow-up, Embrya, was met with critical puzzlement. Maxwell’s lyricism is esoteric, like on “Submerge: Til We Become the Sun,” and allegorical, like on “Luxury: Cococure.”

His progressive production, using underwater sound effects throughout, ambient industrial percussion like on “Gravity: Pushing to Pull,” through many for a loop, and, as he would let theGrio, people “came for me.” Its embrace of ambient composition influences paved the way for many records since, from The Weeknd to Frank Ocean.

By 2002, Brandy had emerged as one of the era’s biggest R&B and pop artists. With her first two albums, she achieved crossover success with hits like “I Wanna Be Down,” “Almost Doesn’t Count,” and “Have You Ever.” After a successful collaboration with Rodney Jerkins on Never Say Never, she linked back with him and his team for her third album, Full Moon.

Expectations were high after Never Say Never sold five million copies, and the lead single, “What About Us” reached the top 5 on the Billboard 100. It signaled a new sound for Brandy. She expanded her voice to new heights as Jerkins and songwriting partner LaShawn Daniels pulled from gospel influences, new, percolating time signatures and innovative background vocal arrangements. The album took a big sales dive, but its envelope-pushing production informed what was to come in R&B later in the decade.

Common was a well-respected MC from Chicago. By 2000, he reached a new peak thanks to Like Water For Chocolate. Two years later, the Soulquarian crew that made Like Water a success pulled out all the stops for Electric Circus. It befuddled critics and confused fans. No one knew how to react to this Chicago MC making songs like the tribal, meditative “Jimi was a Rock Star” or the ethereal afrobeat-inspired opener “Ferris Wheel.”

Common would rebound with 2005’s Kanye West-produced Be, but Electric Circus, two decades later, has shown up sonically in the music of artists like Tobe Nwigwe, Mosey Sumney and Blood Orange.

No other artist had the momentum of Lauryn Hill in the late 1990s. Going from The Fugees’ The Score, writing gigs for MJB and Aretha, and her multi-platinum solo debut, The Miseducation of Lauryn Hill, her future looked bright. However, in 2002, she released the soundtrack for her MTV Unplugged episode, featuring her alone with an acoustic guitar. The entire night, she sang all original material, save for a Bob Marley cover, “Some Much Things to Say.”

Lyrically, the songs ranged from the vulnerable “I Must Get Out,” the righteously indignant “Mystery of Iniquity,” and liberation heard in “Water.” Twenty years later, it remains a polarizing release for Hill, but fans have come to respect and embrace the bravery and pure artistry of this project.