An increase in racially motivated hate crimes has sparked a rise in African American gun ownership.

According to NBC News, sales of guns to Black people rose by 58% in 2020 after the police murder of George Floyd. It was the highest increase in gun sales among any ethnic group that year. Since May 14, the day 18-year-old Payton Gendron entered a Buffalo, New York, grocery store and allegedly murdered 10 people specifically because they were Black, it looks like gun sales among African Americans have continued to rise, the report contends.

One person interviewed noted that he was “stunned” at how many other Black people were in line at a Maryland gun shop just days after the Buffalo murder spree.

“A lot of us have the same idea,” federal employee Michael Moody told NBC News. “It’s getting bad when someone specifically targets Black people to shoot. We have to be prepared to fight back. And you can’t survive bringing a knife to a gunfight.”

According to The National Shooting Sports Foundation, 90 percent of gun stores have reported selling more firearms to Black people, and gun ownership among Black women is up by a whopping 87 percent. 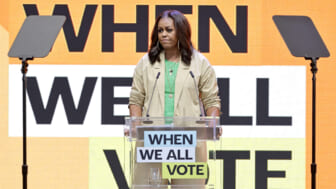 Also Read:
Michelle Obama delivers impassioned speech on voting: ‘If you don’t…others will!’

“And you wonder why?” asked Moody. “You look at Buffalo and the feeling of ‘This could have been me’ is there. We could be the next target. And when it’s you, what are you going to do? Are you going to run and hide? Or are you going to be able to protect yourself? Protect your family? I didn’t want a gun; I’m not a gun person. But this world has made me get one. Getting one for my wife next.”

“The bottom line is that we have to protect ourselves and our homes,” she said. “But we purchase guns differently,” noting she “drove a long way to take safety classes. I went to the range.” 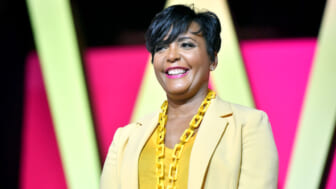 The National African American Gun Association, which Philip Smith founded in 2015, has reported an increase in membership by more than 1,000 people monthly since 2020. It now boasts a national membership of 48,000.

“During the heart of Covid, I heard from so many people asking me to suggest guns for them to buy,” Smith said, citing their fear over “the social breakdown: mob violence; shortage of food; gas prices rising. Lines were long. Then there’s the social unrest that was going on, and those forces made our community collectively say, ‘You know what: I’m going to get a gun.’ And I think all that is a good thing.”