Robin Mingo was promised freedom by his white master if the tide ever receded enough for him to walk out onto a rocky outcropping.

BEVERLY, Mass. (AP) — An enslaved Black man, the tall tale he inspired and the beach that now bears his name are the focus of new efforts to recognize the role of slavery along Massachusetts’ picturesque North Shore.

As the story goes, Robin Mingo was promised freedom by his white master if the tide ever receded enough for him to walk out onto a rocky outcropping off what is now known as Mingo Beach. Depending on the telling, Mingo either completed the challenge and was emancipated, drowned tragically or lived out his days in bondage without ever seeing the rare tidal event.

“It shows how much power slave owners had over their slaves,” said Katerina Pintone, a 19-year-old rising sophomore at Endicott College, where Mingo Beach is located. “That one man could have this much control over another man’s life.”

This past semester, Pintone and other Endicott students researched the local legend as part of a public history course and suggested ways to memorialize Mingo and his namesake beach. Their ideas ranged from a heritage trail to a smartphone app and even a boat tour highlighting Mingo’s story and the popular tourist region’s slave ties.

Professor Elizabeth Matelski, who taught the course, is also doing research for a book on Mingo and working with other historians on a project mapping North Shore locations like Mingo Beach that are historically significant to people of color. Meanwhile Endicott, a private coed school, says it’s in discussions with city officials to formally register the beach as a historic landmark.

“Most people who walk by that particular stretch of beach have absolutely no idea about this history,” she said. 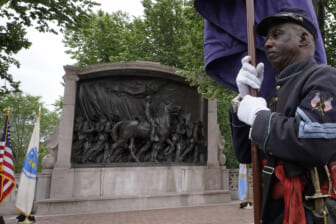 Abby Battis, an associate director at Historic Beverly, the city’s historical society, agreed. Battis said she never heard Mingo’s story growing up in the seaside city, which is often overshadowed by its more famous neighbors — Salem, site of the infamous witch trials, and Gloucester, the historic fishing port.

“We need to stop telling the old, dead white guy stories,” she said. “There’s so much more to Beverly’s history.”

The historical society is doing its part to create a fuller picture of the city’s role in slavery, Battis added. The organization launched a virtual exhibit in 2019 featuring the stories of those enslaved in Beverly, a coastal city about 25 miles (40 kilometers) north of Boston that dates to the 1600s.

Mingo is not among those highlighted in “ Set at Liberty,” but the society has identified at least 100 enslaved people and more than 200 local ships involved in the slave trade as part of its ongoing work.

It’s a “common myth” that slavery either never existed or was inherently different in New England than other places, says Beth Bower, a local historian on the board of Historic Beverly.

Historical records show New Englanders clearly imported enslaved Africans for all the tasks that made the young colony possible, from farming and fishing to building ships, she said.

And while history credits Massachusetts with being among the first states to abolish slavery in 1783, there is growing evidence that slavery persisted in the state into the early 1800s before gradually disappearing, Bower said.

President Abraham Lincoln signed the Emancipation Proclamation in 1863, but it took more than two years for Black slaves in Galveston, Texas to receive word of their freedom. That day, June 19, 1865, is now known as Juneteenth, which is being celebrated as an official federal holiday for the first time Sunday.

Matelski said she first heard of Mingo’s tale in the summer of 2020, during the height of the protests that followed the police killing of George Floyd in Minneapolis.

A Michigan native, she said she was immediately struck by the story’s potential to speak to the present as the nation reckons with its racist past.

Mingo’s tale is all the more significant considering he was married to a free Indigenous woman, and his enslaver descended from the original founders of Beverly, Matelski said.

“It’s so deeply rooted in Beverly history and in the New England experience,” she said. “There’s just a lot of different threads happening there.” 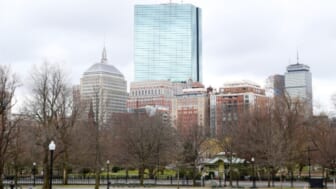 Part of Matelski’s focus going forward will be separating myth from fact.

In the most popular telling, for example, Mingo achieves his feat and earns his emancipation, only to die later that year.

But local records suggest the real-life Mingo lived into his 80s, was baptized, raised a daughter and even acquired land in town before dying in 1748.

Matelski believes the Mingo legend has its roots in the stories abolitionists popularized in order to underscore the “casual cruelty” of the slave industry they fiercely opposed.

Such slave narratives typically centered on the harsh reality of southern plantation life and the extraordinary perils some slaves endured to escape to freedom, making Mingo’s tale a uniquely New England take on the genre, she said.

“What we know right now is a puzzle piece,” Matelski said. “As a historian, you’re like a cold case detective, trying to create as complete a picture as you can of this really important story that hasn’t been told.”