SHREVEPORT, La. (AP) — A Louisiana judge has acquitted four city police officers in the death of a Black man arrested in April 2020.

Each had been charged with negligent homicide in the death of Tommie McGlothen and with malfeasance in office as a Shreveport police officer.

All four waived their right to a jury trial. After prosecutors presented their case, defense lawyers asked for the judge to rule without hearing defense testimony. After considering the case overnight, he did so.

“Our office has not yet commented on the case,” John Andrew Prime, spokesman for the Caddo Parish District Attorney’s Office, said in an email Monday. Shreveport police did not immediately respond to an emailed request for comment.

McGlothen’s family is continuing with a wrongful death lawsuit against the city in federal court, their attorney said.

During the trial, prosecutors revealed that they took the case to two grand juries, and the second indicted the officers.

In their motion for what is called a directed acquittal, defense lawyers noted that Louisiana State Police and the U.S. Department of Justice both reviewed the case and neither referred it to prosecutors.

“Our faith in the judicial system has been renewed,” Michael Carter, president of the Shreveport Police Officers Association, said after the trial, KTBS-TV reported. 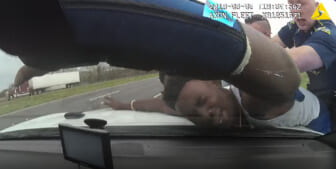 “We have watched the testimony each day from prosecution’s witnesses, including expert witnesses, which has confirmed the complete lack of factual evidence against our members,” Carter said.

McGlothen’s sister, LaQuita McGlothen, had called police the day her brother died, trying to get him committed because of mental problems. She told reporters she was heartbroken.

“Not only have I lost my brother, but I’ve lost my sense of community. Those that are placed in a position to serve and protect, I no longer have trust in them at all,” she said.

LaQuita McGlothen testified that she told police she was worried that her brother would be hurt because he had stopped taking medication and was becoming more and more paranoid and delusional, KTAL-TV reported.

She said she and their father were told police could only commit someone who was homicidal, suicidal, threatening others, or greatly disabled. They told her to call them back if he got worse, and to call the coroner’s office in the morning because they have broader commitment powers.

A short time later, Officer Ross saw a driver haul McGlothen from his truck’s back seat. Body camera audio recorded Ross saying there was clearly something wrong with McGlothen, the station reported.

The driver decided not to press charges. Officer McCarter, who had come to help, was heard on body cam audio saying he needed to be committed.

Less than two hours later, McGlothen blocked a woman in a driveway, then went into her house. Her husband punched him and pulled a gun to make him leave while his wife called police.

McGlothen fought officers who tried to handcuff him. The officers were put on leave after video surfaced more than two months later, showing them using a stun gun, a chemical spray and a baton on him. 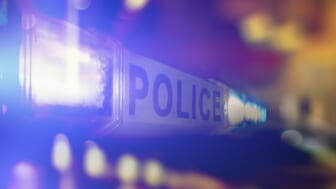 He was unresponsive less than an hour later and was pronounced dead at a hospital.

The family’s lawsuit contends he was left alone between his arrest and his death — something police denied.

“This whole premise that he was left unattended for 45 minutes, which was the narrative not only throughout the state’s prosecution but through the media and social media. That was a false notion. That did not occur, and that’s the shame of it,” said Officer LeClare’s attorney, Dhu Thompson.

“These officers were drug through the mud for almost two years with that false premise and the evidence showed that that just was not the case,” he said Friday.