Gillum, the former 2018 Democratic nominee for governor of Florida, was indicted by a grand jury on 21 counts.

Andrew Gillum, the former 2018 Democratic nominee for governor of Florida, has been indicted by a federal grand jury on 21 counts of alleged wire fraud and making false statements to federal authorities.

In the days before the indictments were announced, Gillum reached out to associates acknowledging that the charges were coming in an apparent attempt to cushion the blow. In a statement responding to the indictment, Gillum accused the U.S. Attorney’s Office in the Northern District of Florida of engaging in a political attack against him.

“Every campaign I’ve run has been done with integrity,” said Gillum. “Make no mistake that this case is not legal, it is political.” 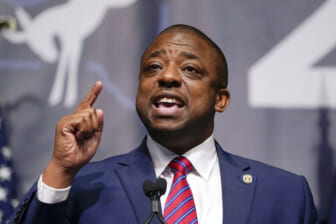 Gillum, who served as mayor of Tallahassee and a former city commissioner, appeared unrelenting in his public response, arguing that throughout his political career he “always stood up for the people of Florida and have spoken truth to power.”

He added, “There’s been a target on my back ever since I was the mayor of Tallahassee. They found nothing then, and I have full confidence that my legal team will prove my innocence now.”

The indictments filed by U.S. Attorney Jason Coody, who was appointed by President Joe Biden earlier this year, and Assistant U.S. Attorneys Stephen Kunz and Andrew Grogan, allege that Gillum and longtime associate Sharon Lettman-Hicks illegally solicited contributions to his campaign for governor in exchange for political favors like government contracts with the city of Tallahassee.

The U.S. attorney indictment, which is 26 pages long, details interactions between two undercover FBI agents and Gillum, Lettman-Hicks and other associates. The agents identified themselves as real estate developers who were interested in obtaining city contracts.

Lettman-Hicks, who is the chief executive officer at the National Black Justice Coalition (NBJC), was indicted on 19 counts. She is accused of soliciting much of the illegal contributions through her communications firm and wiring the money to Gillum personally, which the indictment claims was “disguised” as payroll payments. Gillum was listed as an employee and contractor of Lettman-Hicks’ company. 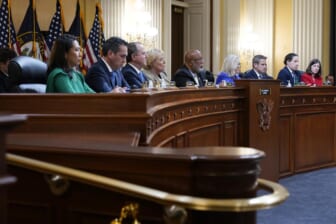 The National Black Justice Coalition did not return theGrio’s request for comment when asked for a statement about the charges against Lettman-Hicks. Marc Elias, an attorney representing Gillum, said in a statement that “the government got it wrong today. He added, “the evidence in this case is clear and will show Mr. Gillum is innocent of all charges.”

Gillum, 42, was mired in controversy in 2020 when he was found unconscious and naked inside a Miami Beach hotel room, where drugs and a male escort were reportedly discovered. Following the incident, the father of three acknowledged that he had fallen into a depression after his gubernatorial loss and was struggling with alcoholism. He later appeared with his wife during a televised interview with Tamron Hall, in which he explained that he identified as bisexual.

Prior to the 2020 controversy, Gillum was considered one of the Democratic party’s most promising rising stars. Gillum’s quick wit and turn of phrase propelled him and his Florida gubernatorial campaign to the national stage. He often took his supporters to church with a communication style that resembled the call and response of a baptist minister. Many compared the young politician to former President Barack Obama.

During his 2018 campaign, the Miami native notably championed marginalized communities and said he felt compelled to run for governor of Florida on their behalf. As he said previously, “If you are not at the table you are on the menu.”

Gillum was pit squarely against Ron DeSantis, a former U.S. congressman and Donald Trump acolyte. Gillum narrowly lost that pivotal Florida election and went on to become a CNN contributor.