The Kennesaw, Georgia councilman who resigned from his post in protest of the renewal of a business permit for a store called Wildman’s Civil War Surplus has attended his last meeting, according to the latest reporting from the Atlanta Journal-Constitution.

James “Doc” Eaton announced his resignation, effective June 21, after the council voted to allow the controversial store to reopen, as reported by theGrio last week, citing a report in the AJC. Eaton resigned to protest the reopening of the store, which sells items that bear racial slurs, as well as dolls from the Jim Crow era and statues that caricature Black people.

“I want to set the example for my grandchildren that silence on issues that matter is agreement and not a sign of true leadership,” Doc Eaton wrote in his resignation letter, according to a report from WAGA-TV.

Eaton’s daughter, Cris Eaton-Welsh, is selling a building across the street that she owns also in protest. “There’s a difference between selling merchandise and propagating hate,” Eaton-Welsh told the AJC last week.

The store closed after the death of the founder in January. Its business license expired but Marjorie Lyon renewed it and reopened the store earlier this month, according to the AJC.

Lyon is a friend of the deceased founder. Importantly, she is the trustee of the trust – Dennis Alvah Myers Revocable Living Trust–  that owns Wildman’s Civil War Surplus. Reopening “wasn’t a decision. It’s an honor,” she said, disclosing that she has received a mixture of hate and support from the community. “I don’t have any control over someone’s emotional response. I’ve heard all kinds of colorful things. And everybody’s entitled to their opinion.” 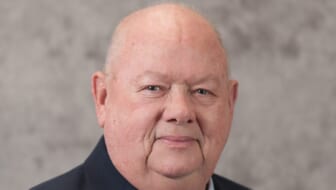 City officials said the store had gone through the process required of all businesses to obtain a license.

“The city of Kennesaw does not pick nor choose nor try to find reasons not to issue a business license when an applicant meets all of the criteria,” City Manager Jeff Drobney told WAGA-TV, as previously reported by theGrio.

“They did it legal, but there was one main component they left out, the moral component. In this day and time it’s just not acceptable,” Eaton said to WAGA-TV.