Black veteran organizations convened in Washington, D.C. this week to address the myriad number of issues they have routinely faced dating back to the end of World War II.

The Black Veterans Empowerment Council (BVEC), a coalition of 19 Black veteran groups, met in Washington this week to discuss the barriers to benefits, policy measures, and equity while also taking the concerns of veterans to lawmakers.

Under the guidance of Victor LaGroon, Chairman of the BVEC, the group is aiming its efforts to collaborate with other Black veteran organizations to address the myriad number of issues Black veterans have routinely faced dating back to the end of World War II.

According to the Defense Department, just over 17 percent of active-duty military members identify as Black or African American, and that same demographic accounts for just under 12 percent of all Black veterans. 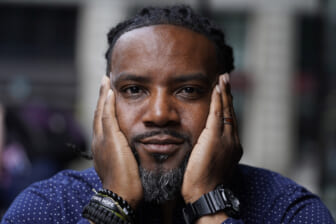 “For the first time in our nation’s history, Black veterans’ organizations across the country are coalescing in a spirit of collaboration to better serve the totality of the Black veteran’s community and honor all the intersectionalities of our experiences,” LaGroon shared in a statement to theGrio.

“Our objective is to equip and connect an unprecedented network of organizations across the non-profit, public and private sectors while fostering a clear path forward to curb the social and economic inequities faced by Black veterans throughout the United States through benefits utilization.”

LaGroon works closely with Richard Brookshire, co-founder of the Black Veterans Project, who spoke with theGrio ahead of the BVEC meeting this past Thursday.

Brookshire was about his struggles after leaving the Army following seven years of service as a combat medic, detailing that the lack of support from the U.S. Department of Veteran Affairs (VA) office was what inspired him to create the Black Veterans Project alongside Daniele Anderson.

“I spoke with other Black veterans who experienced some of the same roadblocks I did so we founded Black Veterans Project to bring power to what felt like a powerless situation,” said Brookshire.

He added, “While I felt like those of my generation were connected on the issue of bringing about equity to Black veterans, I felt disconnected to the older generation. I wanted to build a pathway for all of us who felt this way to tackle the racial inequity we collectively face.”

He said that the project revolves around three pillars: research, litigation, and storytelling. 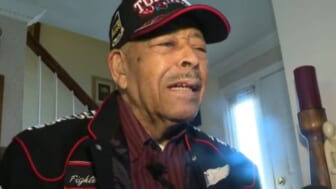 Brookshire made clear that the consortium of Black veteran groups has a tall task in bringing about necessary change. This week’s convening is the first step in what could prove to be a meandering but purposeful journey.

“After the murder of George Floyd, the House Veterans Affairs Committee came forward and said they wanted to a hold a roundtable of Black veterans organizations and that happened back in 2020,” Brookshire said of the early machinations that would later spark the creation of the BVEC.

“We’ve had Black veteran organizations crop up over the last 100 years, but they were mostly fraternal with a few delving into the policy side. And now, [BVEC] is putting a focus on gathering local and hyperlocal organizations in order to centralize our political advocacy.

Brookshire added, “It came down to realizing that if we’re not organized, if our communities aren’t organized, then these disparities Black veterans face will continue to persist.”

Brookshire stated that the convening was two years in development and the 19 organizations that form the whole of the BVEC realize the path for change will come with requisite challenges.

“It’s a tall order, but we feel like these 19 organizations cover the full gamut of the Black veteran experience and that we have a specific policy agenda,” said Brookshire. “We intend to push forward all the way to the Hill to have our concerns heard in future joint sessions and it’s executing that this convening is happening.

By doing so, he said, “we can start repairing some of the harms Black veterans endured in service of the country.”