The company, called Hana Kuma, will reportedly be a platform to tell stories about different cultures, social issues and more.

Called Hana Kuma, their company will be a platform to tell stories about different cultures, social issues and more, People reports.

“I’ve built my career taking a different approach than those around me and because my journey has been so different it’s opened my eyes to all the incredible stories out there that aren’t getting told,” Osaka wrote in her announcement on Instagram. “Stories that are global, about a variety of cultures and points of view, about important social issues. That’s why I’m launching Hana Kuma, a media platform focused on stories that are culturally specific but universal. Stories that are bold and playful like me.”

“I’m incredibly proud to be building a business that is a true reflection of me and I couldn’t think of a better partner than @kingjames to do this,” she added, also tagging her agent and business partner Stuart Duguid, plus James’ partner Maverick Carter, and their businesses Uninterrupted and Springhill.

The new venture is among several Osaka is launching, which include a skincare line specifically for people of color and a collaboration with Nike. Further, she has partnered with workplace-related Modern Health to raise awareness and destigmatize mental health care for younger generations and marginalized communities. She is now the chief community health advocate of Modern Health’s community impact program, per People. 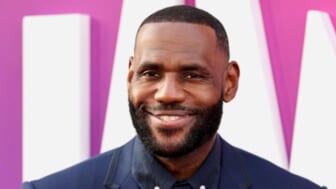 James made news earlier this month when Forbes announced that the 37-year-old, four-time NBA champion is the first active NBA player to become a billionaire. The Los Angeles Lakers superstar’s wealth comes from his playing salary, endorsement deals, licensing, production company and more.

“I want to maximize my business,” James told GQ in 2014, as reported by ESPN. “And if I happen to get it, if I happen to be a billion-dollar athlete, ho. Hip hip hooray! Oh, my God. I’m gonna be excited.”